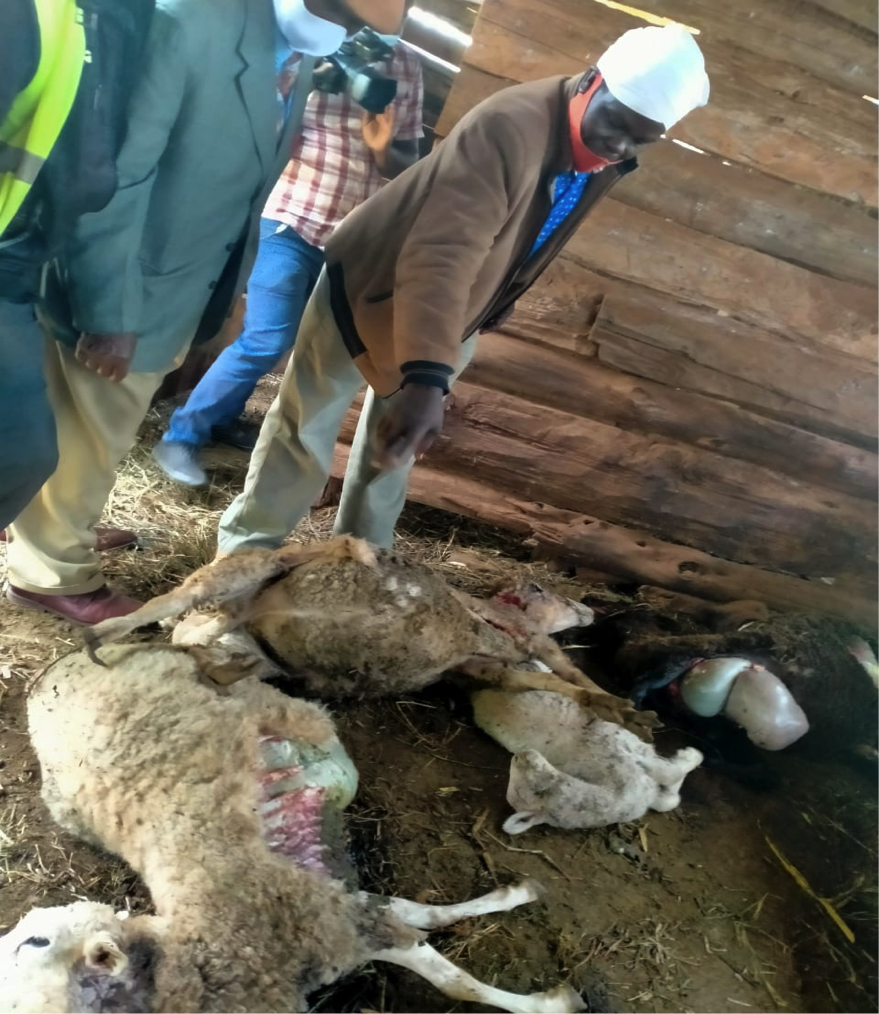 Residents of Githiga village in Mathioya sub county of Murang’a are counting losses after their goats and sheep were killed by an unknown wild animal.

Since last week, more than 20 goats belonging to various local farmers were killed by an animal suspected to be a leopard.

Peter Karanja, a livestock farmer, lamented that on Saturday the animal descended on his goats shed killing 12 of them.

The farmer decried the huge loss saying he was only left with one cow after all of his goats were killed by the animal believed to have strayed from neighboring Aberdare National park.

The residents argued that the animal has instilled fear and they are also scared to pick their tea from farms.

“Apart from killing our goats and sheep, we are living in fear because the animal may attack us. No one is brave enough to pick tea as the animal may be hiding under tea bushes,” lamented Karanja.

Another resident, Diana Wangechi said she has been unable to fetch water for domestic use as she is scared to be attacked by the animal.

“We can’t continue living like this. This animal needs to be trapped and returned to the game park. We are also scared that our children may be attacked!” posed Wangechi.

Alice Mueni, who is a casual worker on tea farms in the area said after the animal was reported in the area she feared working in the farms.

“It’s risky to pick tea from farms as we suspect the animal could be hiding under tea bushes. I will only resume picking tea once the animal is trapped or killed.” Added Mueni.

Area Chief Samuel Karanja said they have reported the matter to KWS and a trap has been laid to help catch the animal.

Karanja, speaking to KNA on Wednesday, noted that four families have been affected after the animal killed a number of goats and sheep.

“KWS officers came on Monday and set the trap but so far we have not succeeded. They will visit the area again and relocate it as we hope to catch it before causing more damage,” added the administrator.