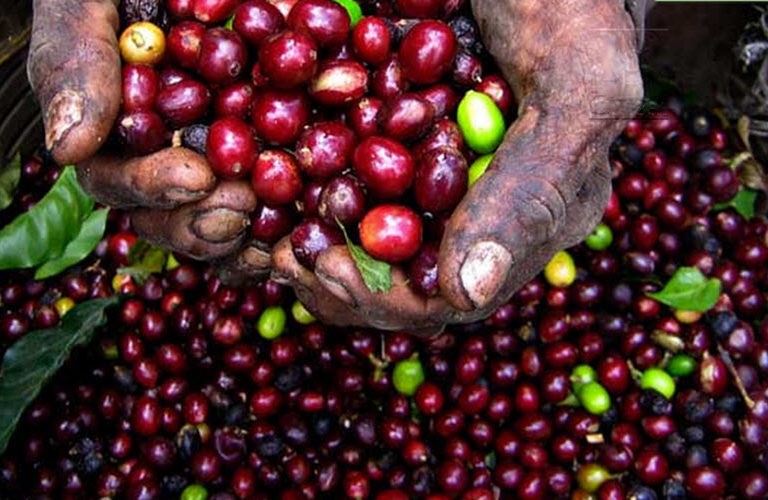 The farmers claim that countries which buy their coffee are struggling to fight coronavirus, hence requested the government to come up with measures to cushion them from hardships.

Led by chairman of Kagiri Farmers’ Cooperative Society in Kigumo Sub county, Mr. James Kibugu, the farmers observed that in the economic recovery measures being employed by the government, coffee sub sector should be considered and given the much needed support.

Speaking in Kigumo trading centre over the weekend, Kibugu said despite increase of coffee production this year, marketing of the cash crop has faced numerous challenges which have been posed by COVID-19.

He noted that COVID-19 pandemic emerged at a time when farmers were harvesting their coffee, thus marketing of the cash crop was affected after some countries banned international flights.

“Countries which buy our coffee including USA, UK and Germany are struggling with the coronavirus. Even banning of international flights has affected greatly the coffee sub sector,” said the chairman.

He said with paralyzed flights, transportation of coffee was paralyzed and loses have trickled down to farmers.

Kibugu said the government should fast track releasing of cherry advance fund so as to cushion farmers from the difficulties times they are currently experiencing.

“There is also some Sh. 1.5 billion which has been given by World Bank and we request the government to hasten giving out the funds to farmers to boost production,” he further said.

He noted that prices of inputs to support coffee farming have gone up and many farmers cannot afford them.

“We want the government to provide subsidized inputs to ensure farmers can afford them and boost production of coffee,” he added.

In his cooperative society, Kibugu highlighted that they have witnessed increase of coffee production to about 32 percent despite wet weather which affects flowering of coffee.

On numerous cases of theft of coffee at factories, the chairman said they have partnered with Security officers to curb the trend which for many years have left farmers counting losses.

“We have put measures to curb coffee theft which usually happened after farmers deliver their cherry at the factories. This time we don’t want farmers to suffer due to coffee theft,” he noted.

Last harvesting season, five factories were broken into and coffee worth millions of shillings stolen.