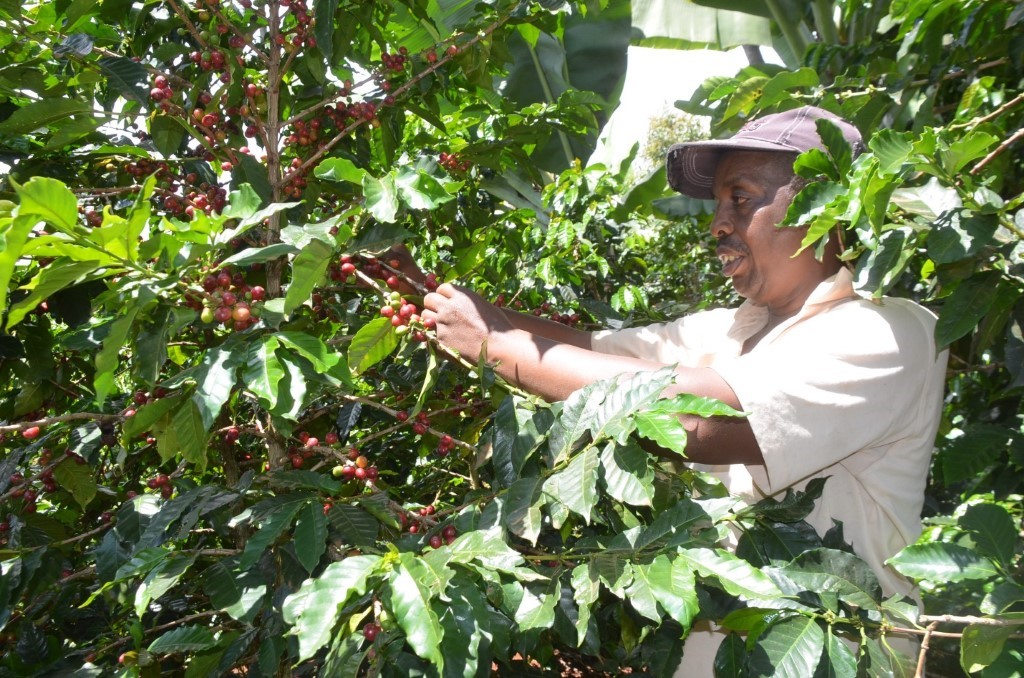 A section of farmers in Murang’a County have entered into partnership with two private companies which will assist them to increase coffee production.

The companies, Coffee Management Services (CMS) and Nestle Kenya Ltd have been enlisting farmers into contract farming with the aim of helping them to increase their production.

Since 2018, the two companies deployed agronomists to coffee farmers in Kandara Sub county which has seen production increase tremendously.

Farmers allied to Gakui Cooperative Society last year managed to produce 283,000 kilos of coffee as compared to 45, 000 kilos they produced in 2018.

The Chairman observed during fieldwork, that his society has 588 active members who have embraced the training leading to the production of quality coffee.

”Apart from an increase of coffee production, we have also managed to produce better grades of coffee which fetch high prices,” added Njoroge.

The presence of the agronomists, Njoroge said, has helped farmers to exercise best practices in taking care of coffee bushes thus increasing production.

”In Murang’a we are the only society with an agronomist and this has greatly helped us to produce high quality and quantity of coffee,” he further said.

The chairman noted that they are targeting to produce more than 500, 000 kilos of coffee by the close of this year.

“In the coffee sub sector, better returns can only be attained through increased production and especially of good grades of coffee. Despite many challenges that rocked the sector, coffee can fetch good prices if it is well managed,” Njoroge further asserted.

A local farmer, Boniface Murichu noted that he used to harvest at most 350 kilos but after he embraced new farming practices, he managed to produce more than 1,400 kilos of coffee in 2019.

Another farmer, Ms Milka Nyambura said in 2018 she produced 1,200 kilos and last year the production went up to 2,080 kilos.

”This year I target to deliver not less than 3,000 kilos although this area received a lot of rains which affected coffee production,” Nyambura added.

Ms Phylis Warui, a manager at Coffee Management Services (CMS) said that as a company they have been helping farmers to boost quality and increase production of coffee.

She hailed Kenyan coffee saying it fetches better prices in the international markets and thus the sector needs to be revived so as to benefit many farmers.

Warui observed that this year they target to get 9.4 million kilos of coffee from 17,000 contracted farmers.

She further explained that last year they received 8.4 million kilos from the coffee growers.

”In the partnership growers are assisted with farm inputs, farming education, and we also train farmers on nutrition among other skills,” added Warui.

Mwangi said they have been working with cooperative societies drawn from various counties saying with best farming practices, production per coffee bush has increased from 2.5 kilos to more than seven kilos.