County Partners with NGO to Roll out Climate Resilient Agriculture 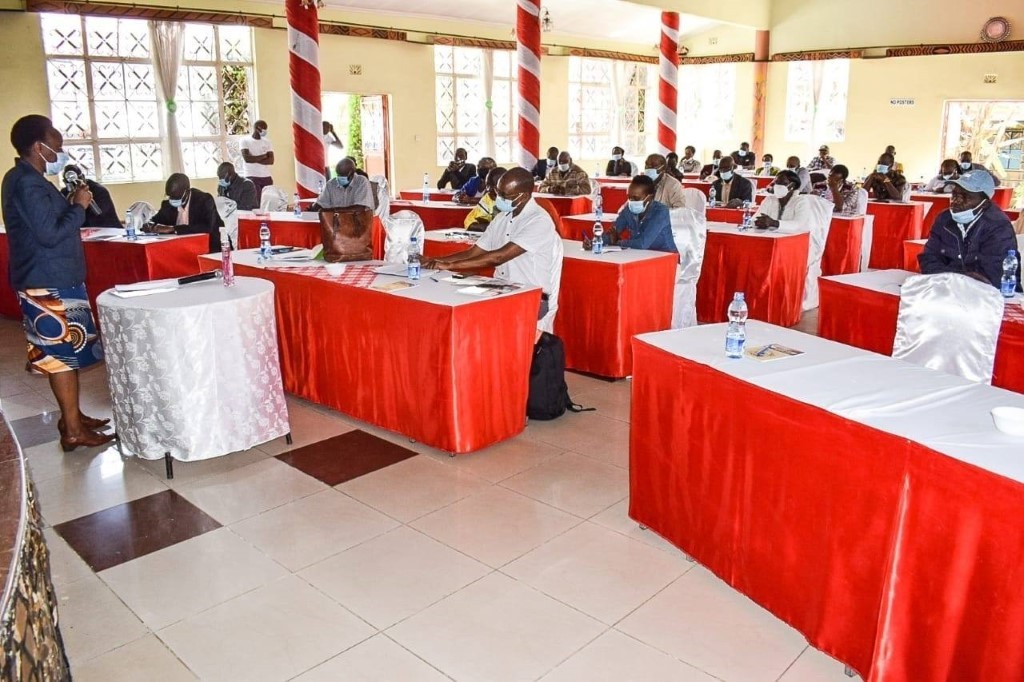 The Nakuru County Government is partnering with DanChurch Aid (DCA) to promote uptake of new agricultural techniques by small holder horticultural farmers, in a project aimed at avoiding losses as a result of climate change.

The project dubbed “Agritech Solutions project for Climate Resilient and Financial Inclusion of smallholders in Kenya that is also being implemented in Nyandarua, Siaya and Busia counties, seeks to improve economic productivity through provision of affordable and user friendly digital climate smart agro-extension advisory services.

”It is crafted to strengthen farmer organisations to enhance collective action including access to competitive markets as well as agro-inputs.

There is need for sustained innovation in areas like drought resistant varieties of seeds, environment friendly farming practices and better post-harvest management to reduce on losses,” said Dr Maina.

Speaking after holding closed door deliberations with Head of DCA programme in Kenya, Mr Patrick Kibuku, the CEC observed that use of climate-smart agricultural innovations and technologies to adapt to or mitigate against effects of climate change is often limited to small group of farmers–mainly large scale farmers.

We will use the project as a platform to train farmers on crop insurance to help protect them against losses caused by crop failure most caused by climatic changes,” she said.

She noted that rainfall in East Africa had become unpredictable, with periods of drought increasingly being interspersed with periods of excessive rainfall. These climatic changes affect production directly as well as indirectly.

Dr. Maina stated intensification of Climate Resilient Agricultural (CRA) production systems was aimed at leading to more efficient use of water, soils and other natural resources, while providing the farmers with the necessary incomes to sustain investment levels in more resilient and productive food systems.

Adaptation of Climate Resilient Agriculture (CRA), aims to reduce the exposure of farmers to short-term production and business risks, while also building their capacity to adapt farming operations to the longer-term effects of climate change.

Farmers in Njoro, Subukia, and Bahati sub counties will be trained on adoption of new seed varieties that are fast maturing, disease resistant, high-yielding and have resistance or tolerance to climate shocks such as drought, flood and salinity. They will be equipped with skills on improved crop nutrient management through farm diversification and intercropping and crop rotation.

Dr Maina observed that improved soil management was a critical component of CRA which can be achieved through minimum land tillage or conservation farming, mulching and avoiding nutrient losses that occur as a result of rainfall run-off, soil erosion and accumulation of contaminants in the soil.

“The joint venture will train farmers on maximizing use of organic fertilizers and improved water management through harvesting, efficient irrigation systems and practices.

The project will also explore ways of increasing access to finance for climate-smart investments at the level of farmers and Small and Medium Enterprises dealing in agri-businesses part of the value chain,” she affirmed.

Mr. Kibuku observed that key obstacles to CRA included increased prevalence of pests and diseases, temperature variability, the lack of storage and transportation infrastructure and lack of access to technical information on meteorological data and on CRA solutions.

Other common challenges he noted are the scarcity and increasing costs of labour, limited access to farm mechanization and post-harvest equipment, lack of financing opportunities for agricultural production and capital investments and price volatility.

Mr Kibuku said that the ultimate goal of the project was to build resilient communities in Nakuru by ensuring they adapt to climate resilience production.