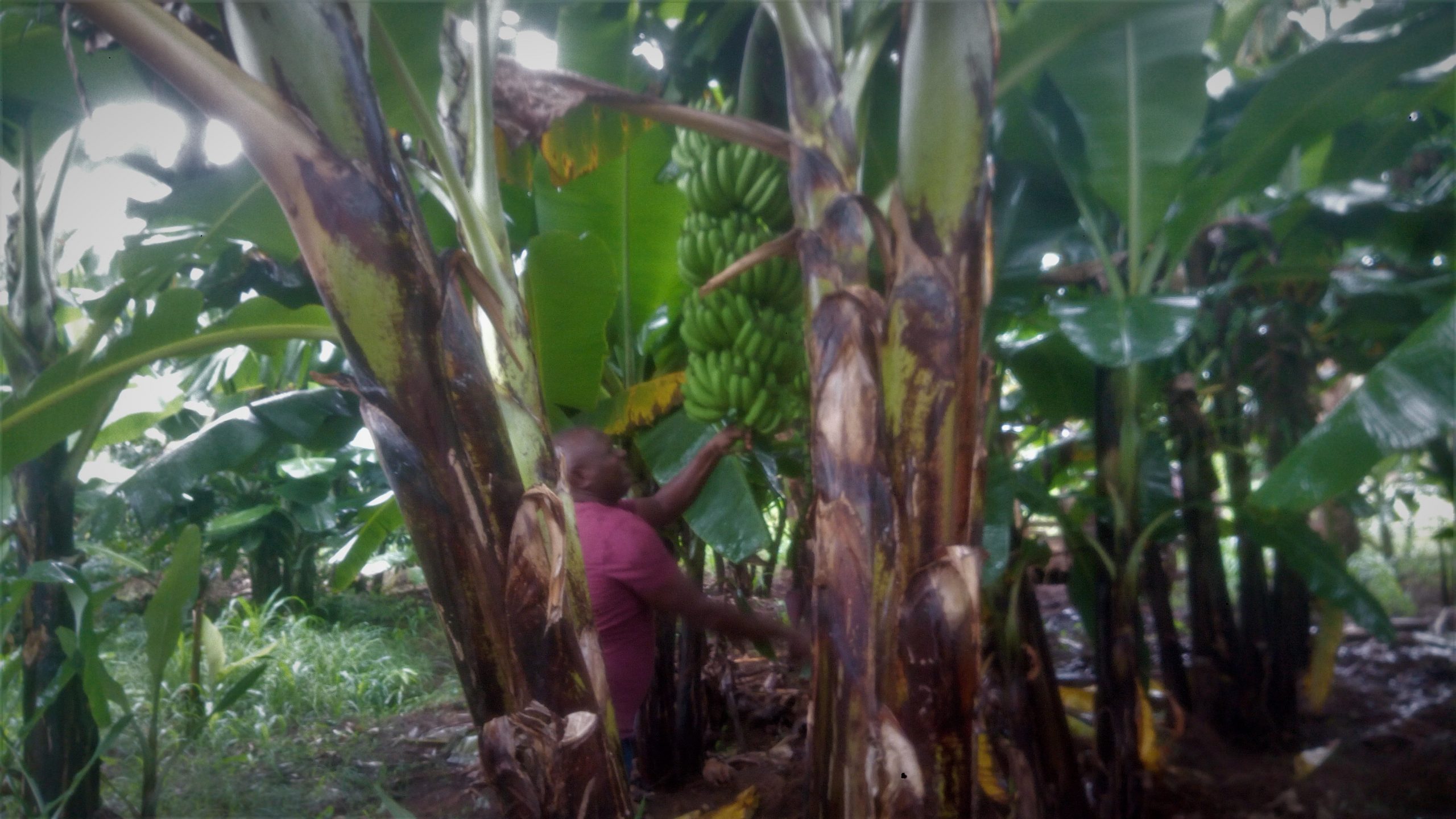 Banana farmers in Taveta sub-county are reporting losses running into millions of shillings as thousands of acres of banana crop waste away following the closure of Kongowea Market and several hotels in Mombasa County as well as the directives by the National government to lockdown several counties in the Country.

The situation is so bad that while some farmers are said to be feeding their bananas to animals, others have given up and are leaving ripe bananas to rot away in their farms.

Mr. Steve Melanyi, a farmer and grafted-banana expert in Taveta, says Covid-19 annihilated the banana market as farmers knew it. He added that though banana was classified as food and could be transported freely regardless of the curfew hours, the closure of major markets and hotels in Mombasa sounded the death knell for this lucrative farming.

“Things are terrible. The market has shrunk to less than ten percent of what we used to supply. Farmers are suffering,” he said.

Taita-Taveta Bananas (Tataba) Cooperative Society has approximately 300 farmers while a larger number of farmers were private producers not affiliated to any organized association.

Before the corona outbreak, the farmers supplied Kongowea market and hotels with an average daily delivery load of 30 tonnes of bananas. The supplies sometimes could go higher if there was a production glut.

Currently, the farmers are supplying about 30 tonnes per week or sometimes within two weeks. Most farmers are selling to brokers. Even after selling, the farmers are uncertain if they will get paid as most brokers are complaining that bulks of banana crop are going bad due to lack of buyers despite the government directives to re-open hotels in the country amid the pandemic.

“The brokers sometimes will call and report the banana went bad as they looked for a buyer. There is no end to this nightmare,” he said.

Melanyi said that it was not only Mombasa that was providing market for their bananas and once the cargo landed at Kongowea, sellers from as far as Lungalunga, Malindi and Lamu would also come to pick their orders.

He added that farmers’ losses were being compounded by the fact that most had invested heavily in banana production by buying farm implement, fertilizers and herbicides to ensure production of top-quality crop.

Melanyi further said the government and other Non-Governmental actors like Food and Agricultural Organization (FAO) should make plans on how they could buy bananas from farmers to supply as part of essential foodstuffs to people in slums and other vulnerable groups as the country battles coronavirus.

He argued that while farmers were producing food, the government should take advantage of the banana glut to supply in areas where food is needed.

“Our supply should not be going to waste. Let the government make plans on how they can take bananas from our farms to be given as food aid to the needy. We can feed thousands,” he said.

When contacted, the County Executive Member for Agriculture Mr. Davis Mwangoma said the county has already initiated talks with farmers on how to manage the banana glut and also mitigate anticipated loses.

“I am currently in Taveta with a few farmers. We are working on how we can use their output to help the vulnerable during this period,” he said.

Taita-Taveta County has approximately 2,000 hectares of land under banana crop with an annual production of 126,000 tons.