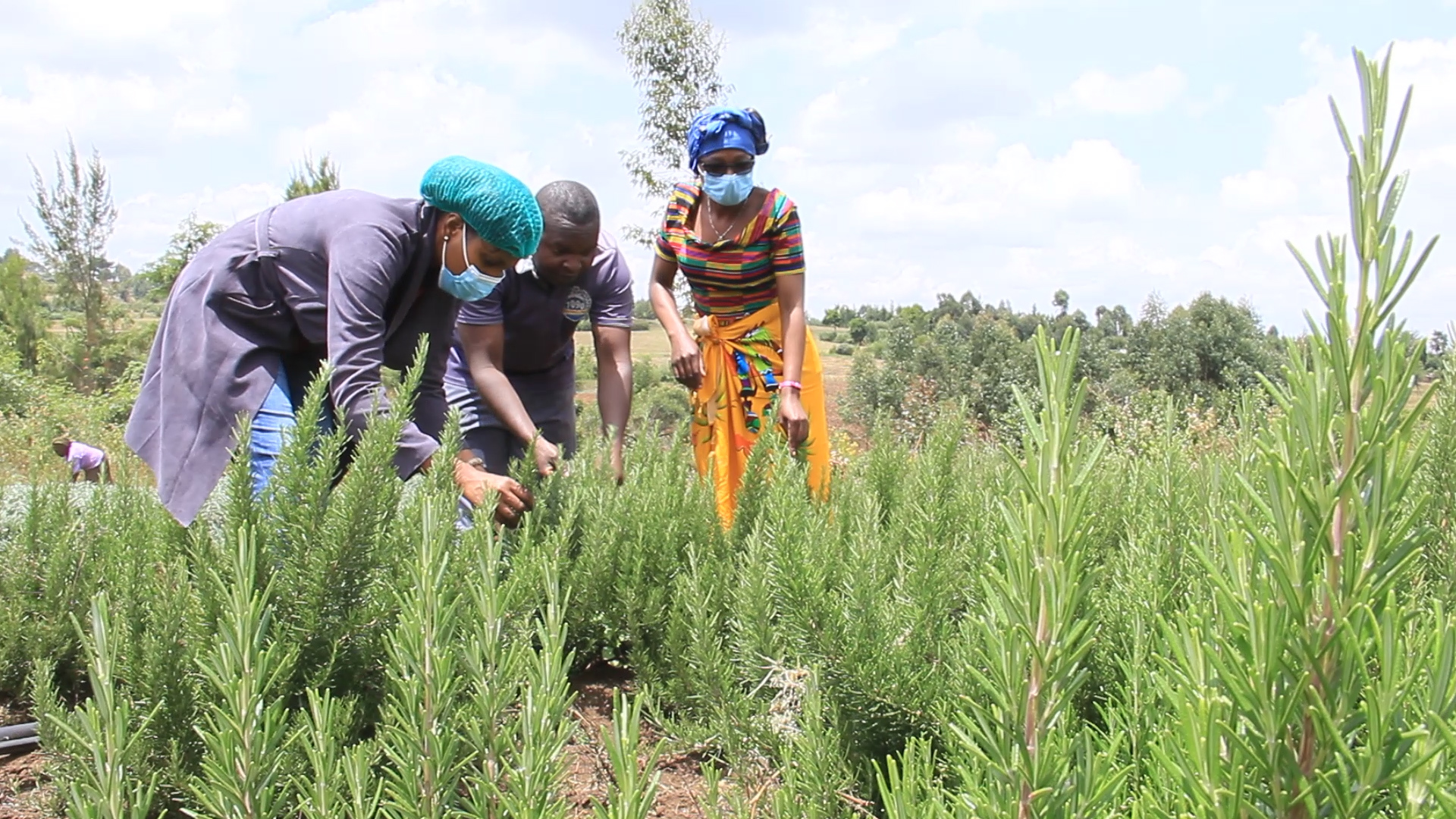 A rich and sweet cocktail of scents greets you at Sarah Nyambura’s herbal farm in Njoro Sub County of Nakuru. A range of herbal crops on her quarter acre farm in Mukunguru, are arranged in orderly rows.

Before embarking on herbs, Nyambura had tried her luck in cabbages and tomato farming, but as she would soon discover, the crops were not only labour-intensive, but also had low income particularly when they were hit by a glut in markets.

From a quarter an acre of cabbages, she would make around Sh20,000 in three months, however, in two weeks, she now makes more than double the amount from mint on a similar size of land. She indicates that prices of the herbs vary from Sh220 to Sh 800 a kilo.

Nyambura’s farm teems with medicinal and culinary herbs including thyme, Chia, Rosemary, Basil, mints, Sage, Marjoram, Gooseberry and Oregano. She notes that most of the herbs are used to dress fish, meat and poultry either in fresh or dry form, in tourist graced hotels.

being rather new in the herbs farming agribusiness, Nyambura says that she wishes to learn more about this venture, expand and concentrate on the export market entirely. This way, she says, she will not only earn more but also employ more than the current three people who work in her farm.

“Initially, I grew the herbs for home consumption. I used to sell them to my neighbours who would use them to spice and dress foodstuff such as rice, fish, stews, chicken and tea,” she says. It was not until 2018 that she started commercial farming.

At the time, she met officials from Virtuous Women and Youth Horticulture Campaign (VWYHC), an organization that empowers women and youth on commercial herb farming. Whenever one needs help with planting, harvesting, marketing among other activities in farms, the organization steps in.

For Nyambura, herbs are easier to manage. Most of them mature between three to five months, and thereafter she harvests continuously after every one or two weeks.

Ms Muchimba, a nutritionist observes that herb farming is a venture that is yet to be exploited, yet it has the potential to create employment and income, especially for young people. She notes that this farming is simple, less capital and labour intensive and lucrative as long as the farmer is well prepared.

“In the wake of the Covid-19 outbreak across the world, demand for herbs, especially thyme, has been on the rise. Herbs continue to become more and more popular as they provide natural ingredients needed in formulation of medication for diseases such as diabetes, cancer, hypertension among others.” She said.

Currently, thyme is fetching about Sh800 per kilogramme in the international market, with the main market being within the European Union (EU) while a kilogramme of the other herbs fetches about 3.4 Euros (Sh394) in the export market.

She notes that Kenya’s herbal crops have a huge unmet demand in Russia, Italy, United Kingdom and Netherlands. “Demand for our herbal crops peaks up in the European market from October to March during winter. We advise our farmers to increase their volumes during this period,” explains Ms Muchimba.

Ms Khai, the director of VWYHC says their next big move will be investing in value addition. She notes that in value addition, the herbs can be used to manufacture juices and other final products. “Those who do value addition are raking in more money than those who sell in raw form,” She states.

Members of Virtuous Women Horticulture Campaign are required to grow their herbs organically. Any chemical fertilizer used interferes with the flavour and health benefits of the herbs.