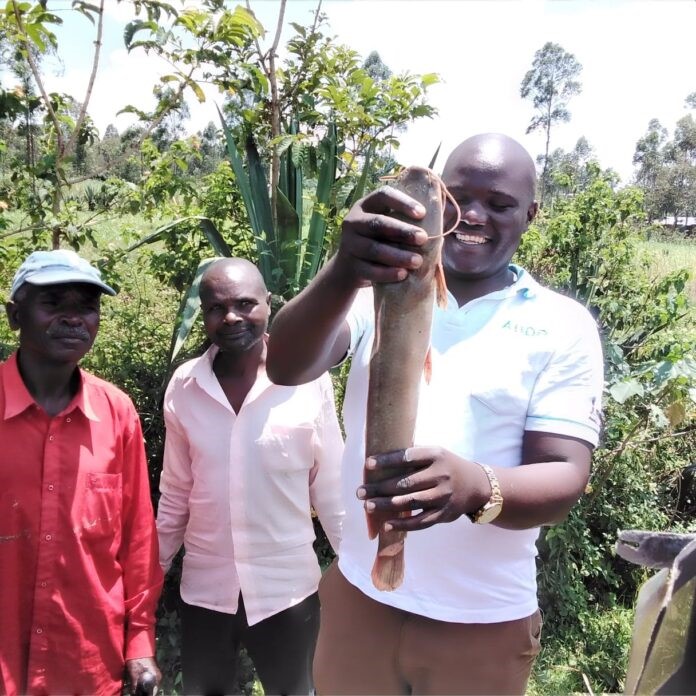 Farmers in the major sugarcane producing Matete area in Kakamega County have been advised to embrace fish farming.

While encouraging them to venture into fish farming, Sifuna said it was very fundamental not only for its high protein content and nutritional value but also a promising commercial venture.

He noted that the commercial undertaking of fish farming goes beyond consumption as it is used for its aesthetic nature; such as in some offices, hotels, and homesteads.

The SCFO added that the county government is committed to promoting fish farming by providing fingerlings and pellets at a subsidized price.

He explained that through the Aquaculture Field Schools, famers were being trained on fish management starting from sinking of pond, stocking, sampling, and feeds preparation among others.

Sifuna encouraged farmers who have been training for the last 34 weeks to share the knowledge with their counterparts and inform them of the need for a nurturing culture of growing and eating fish for it’s not only a source of income but also creates employment if conducted well.

“At the Aquaculture Field School we take famers through all steps in fish management to ensure they carry out farming without any problem,” he stated.

Members of the Chevaywa Aquaculture field school lauded the programme which they said has impacted them with skills to successfully undertake fish farming.

Led by their vice chairman Nicholas Kamai, the farmers said that each member has at least one pond while others have two and others three.

“We are 34 members, 19 men and 15 women, and we are working as a team to support each other even on the private pond to ensure we succeed together,” said Mr. Kamai.