Farmers in Kirinyaga Adopt BT Cotton after Ginnery is Revived 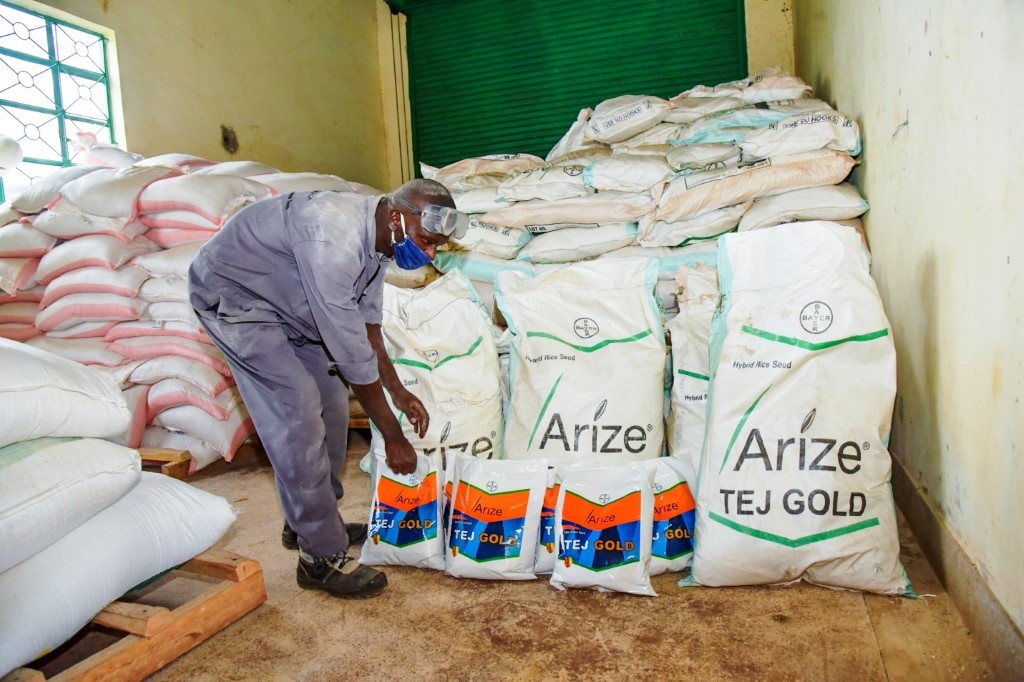 The Kirinyaga County Government is set to revive Mwea Cotton Ginnery after years of collapse.

About 100 farmers have this season planted BT cotton on an estimated 110 acres after receiving seeds from the Fibre Crops Directorate, significantly increasing the number of cotton farmers in the conty.

Governor Anne Waiguru says she has tasked the departments of agriculture, trade and industries to work together to ensure that the Mwea Ginnery is revived to support increased cotton production.

“Revival of Mwea ginnery may require upgrading of the existing equipment as well as putting in new ones. I have therefore tasked my officers to look into this and imMediately come up with an operationalization model that can be implemented, she said.”

She added that the revival of cotton farming will go a long way in enhancing the agricultural potential of the county as farmers will benefit from sale of their produce. Further, many job opportunities will be created in the cotton value chain, significantly contributing to the socio-economic growth and improving livelihoods in the county.

Waiguru noted that reopening of the ginnery will give rise to textile industries in the area thereby creating investment and employment opportunities for area residents.

The conventional varieties that farmers have been growing are prone to bollworm attacks which require spraying with insecticides several times before maturity.

“BT cotton farming is advantageous since it will save farmers from increased cost of production brought about by use of insecticides,’ Waiguru said

The governor noted that apart from being disease resistant, BT cotton takes a short time to mature and yields almost three times more than the traditional variety.

According to the governor, production of BT cotton per acre is projected at 1.4 tons against the regular cotton yields of less than 0.8 tons per acre.

Waiguru added that the potential for BT cotton in the county is high given that there is over 800 acres of land suitable for cotton production.

Data from the county’s department of agriculture indicate the farm-gate prices for conventional cotton has been about Sh.52 per kilogram with the price of BT Cotton variety having a potential of fetching up to Sh 100 per kilo.

Farmers will sell their cotton through the local cotton cooperative societies to Agriculture, Fisheries & Food Authority (AFFA) appointed ginneries.   Some of the markets targeted by cotton growers in Kenya include the recently revived Rivatex textile factory in Eldoret, Kisumu Cotton Mills (KICOMI) and Mt. Kenya Textiles in Nanyuki.

“If we increase the acreage to about 500 acres and the farm gate price of BT cotton increases from the current Sh 52 to around Sh 100 per kilo, we can have farmers in the county earning up to Sh70 million in a season,” said Governor Waiguru.

The government legalised commercial cultivation of BT cotton last year after years of trial at Kenya Agricultural and Livestock Research Organisation (KALRO) centre in Mwea. It is expected to be a major boost to the manufacturing pillar of the country’s Big Four Agenda.