Farmers In Kisii Set To Benefit From A Sh. 91M Banana Plant 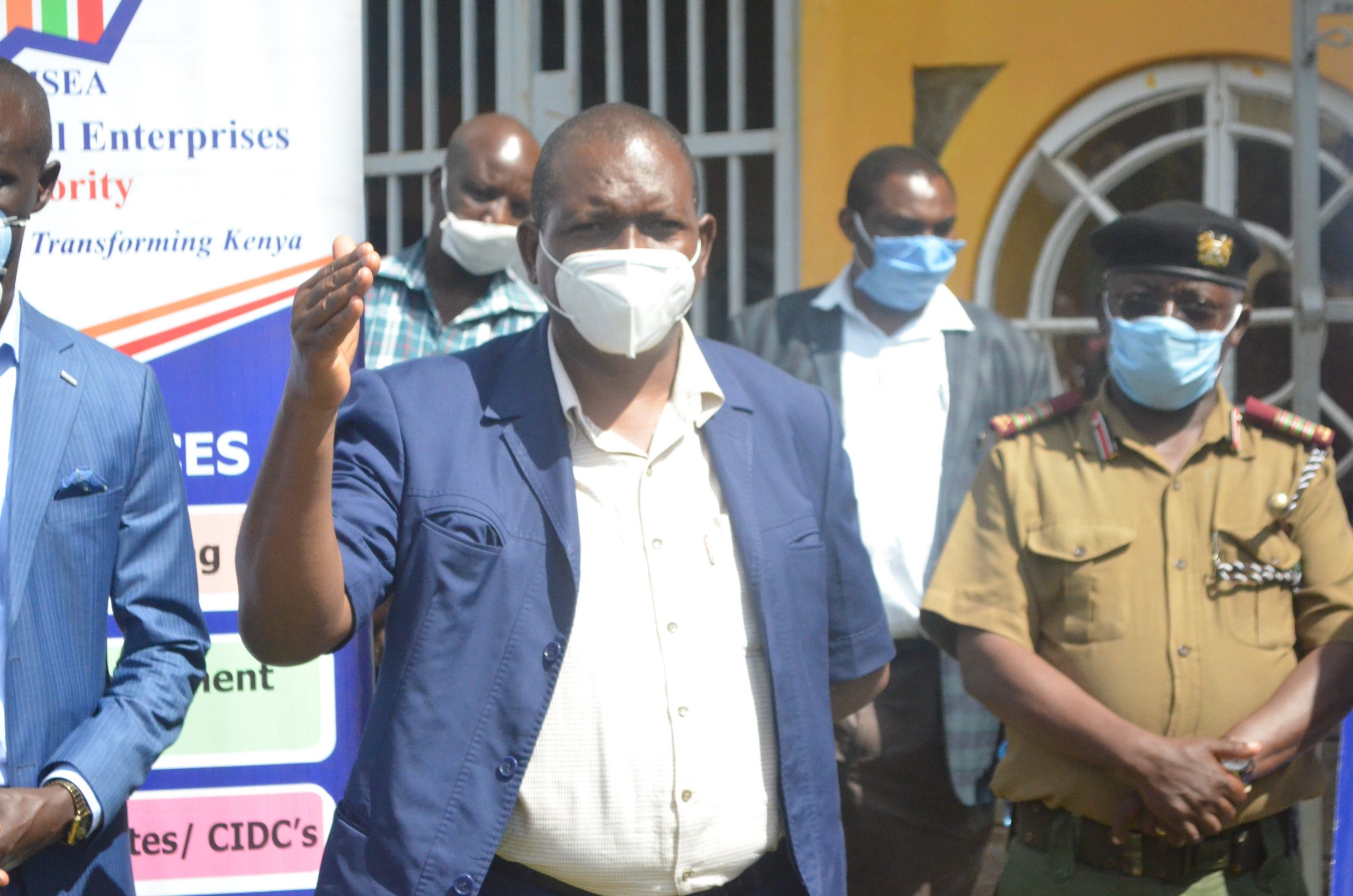 Farmers in Kisii County have reason to smile after the National Government through the Ministry of Industry, Trade and Enterprise Development moved to construct a Banana cold storage and processing plant at Kiamokama ward in Nyaribari constituency.

The plant which will be ready in three months will be fully funded by the national government at a cost of sh. 91 Million.

Nyanza Regional Commissioner James Kianda who commissioned its construction at Kiamokama Cultural Market said that the government is also putting up two such facilities in Nyandarua and Meru counties at a total cost sh. 300 million.

Kianda revealed that the area was selected because the constituency produces the crop in large scale and upon completion it will boost income for farmers who have been transporting the produce to far counties for processing.

Micro and Small Enterprises Authority (MSEA) CEO Henry Rithaa said that banana production in the country has moved from subsistence to cash crop farming owing to demand and ability of the crop to transition to more market based food systems, making both fresh and processed value added products such as crisps, wine and jam.

The CEO said that climatic fluctuations mean there will always be variety in food production necessitating utilization of simple and effective on and off storage facilities to help realize food Security which is a critical component of the President’s Big Four Agenda.

Nyaribari Masaba MP Ezekiel Machogu thanked the President for having considered Kisii County for the project saying it will ensure banana farmers in Kisii and Nyamira Counties are able to preserve their Bananas before sale.

Machogu reiterated that middle men have been purchasing the produce at low prices from farmers and thus extorting them.

Kisii County Executive Committee Member in charge of Trade Skitter Ocharo said that once completed the County Government will collaborate with the National Government in ensuring that a policy of weighing the produce rather than the traditional estimation of cost will be adopted as a way of eradicating exploitation of farmers.