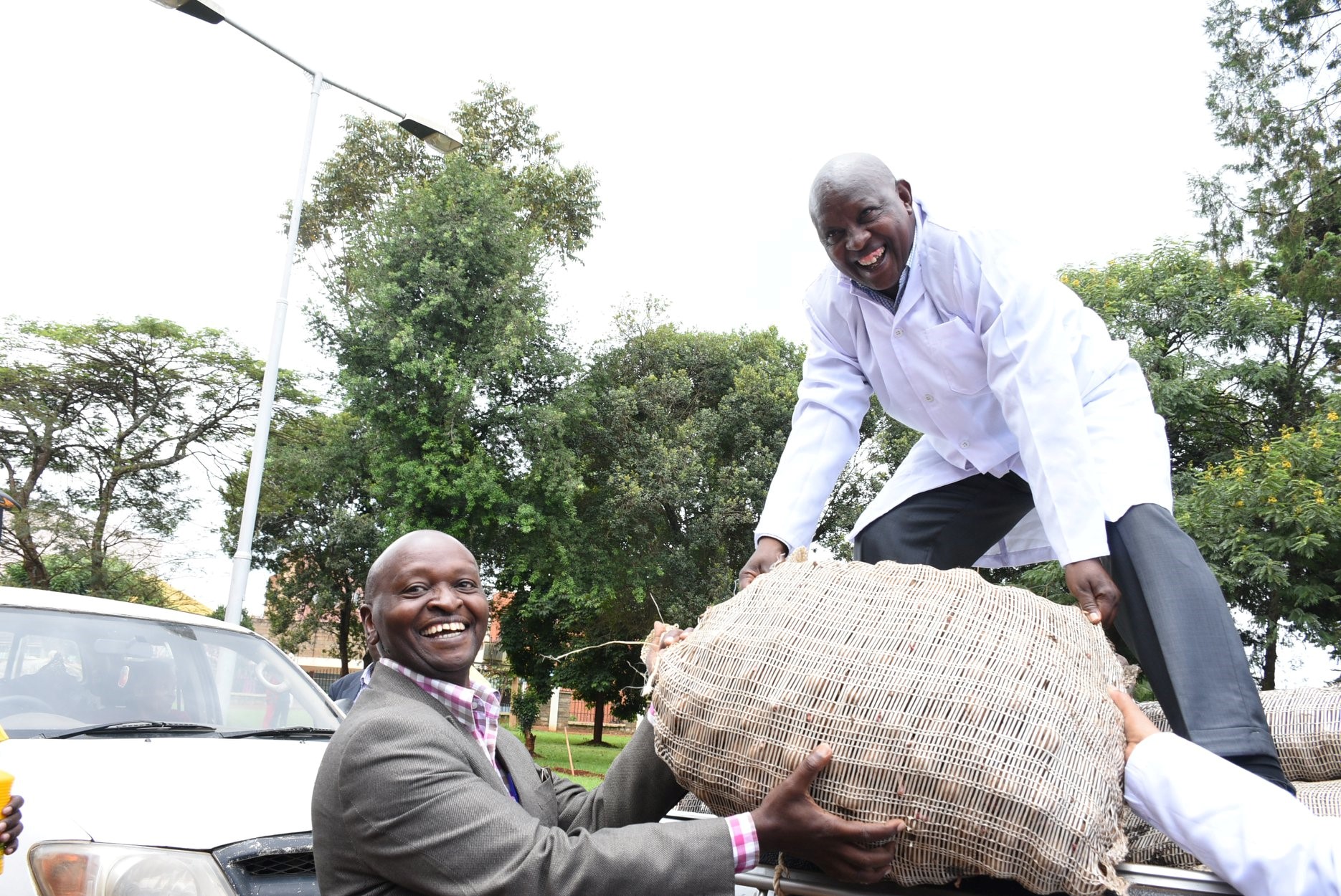 Nyeri farmers will have a reason to smile after the County Government donated 80 tonnes of potato seeds and 20 tonnes of beans in a bid to ensure food security in the County.

Speaking over the weekend after he flagged off the 80 tonnes of certified potato seeds to four wards in both Kieni East and Kieni west sub-counties, Nyeri Governor Mutahi Kahiga said over 240 farmers from Gatarakwa, Mugunda, Thegu and Gakawa wards were expected to grow the potatoes in 85 acres of land.

He noted that farmers were expected to harvest about 640 tonnes of potatoes after just three months which he revealed were of Shangi and Markies varieties from the Kingdom of Netherlands thus were highly productive on the Kenyan soil.

“Mukurweini Central wards and Rugi wards received 20 tonnes of certified bean and are expected to be highly productive and disease resistant,” Noted the County Boss.

Mutahi further said that this was part of Kenya climate agriculture programme and urged farmers to liaise with agriculture extension officers to ensure productivity.