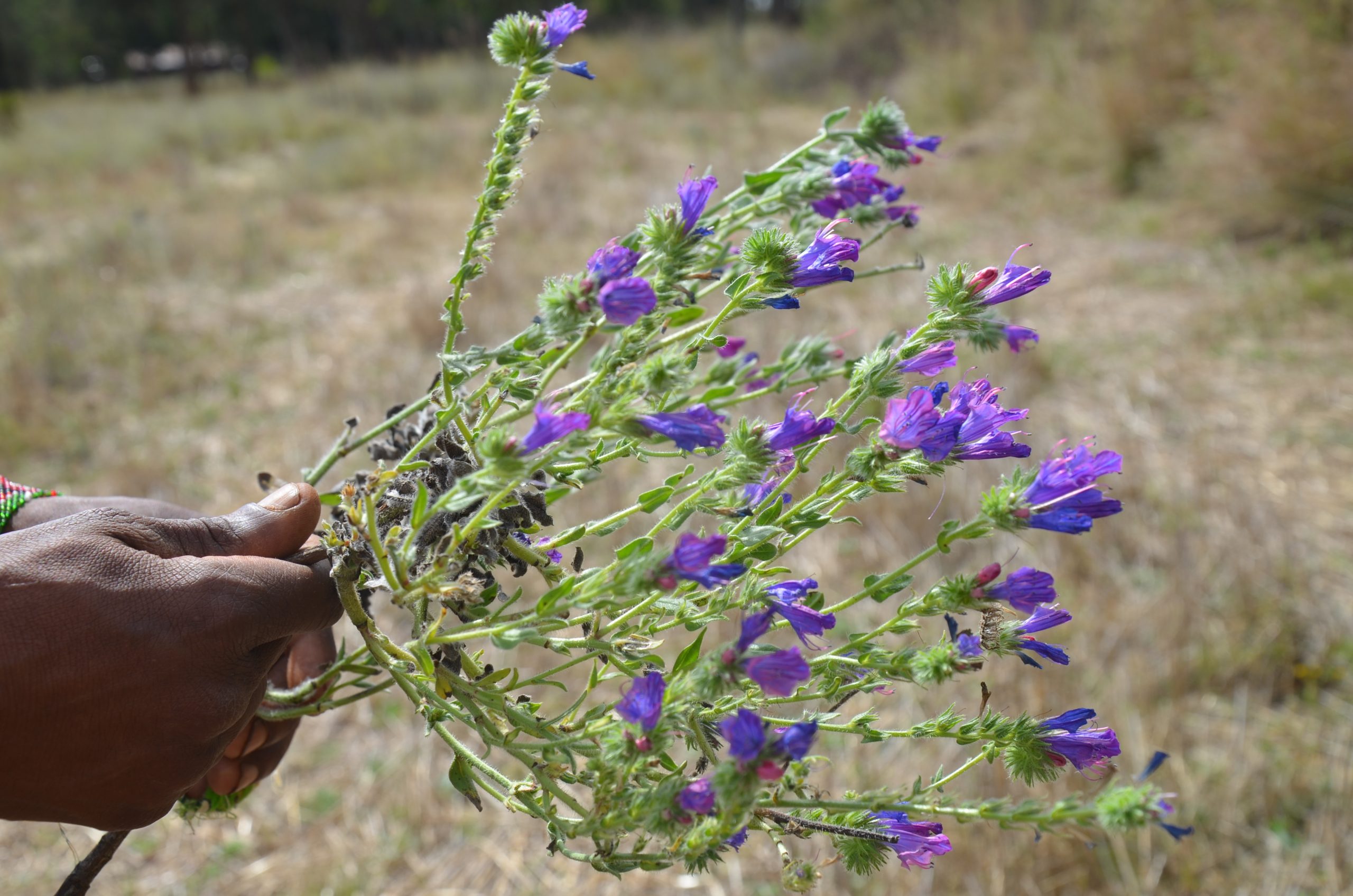 Farmers in Sironi village, of Laikipia County are apprehensive following an invasion of a new weed on their maize and wheat farms, occasioning them huge losses.

The weed, of the Striga hermonthika family, characterized by purple flowers has dominated most farms, and the farmers are attributing it to poor farm practices and lack of proper herbicides to rid it off their farms.

According to the farmers, who have no acknowledged name for the weed, but refer to it as Gichini, translated as ‘pricky’, failure to tame the weed at a young stage resulted in low yield, because the weeds was dominant and attached itself to the cereal crops’ roots.

“Farmers should look out because if the tractor plates are not washed well after an infected farm’s plough, then the next farm is bound to get the weed. It is hard to control it once a farmer plants his maize or wheat. The weed takes up most of the nutrients leading to just a handful harvest,” explained John Kariuki.

The dry season was not a hindrance to their growth, either, as most farms we came across had the dazzling purple flowered plants, despite the dry spell.

The invasive weed has become a huge problem to the farmers, who have incurred significant losses compared to their earlier harvests.

“The weed outgrows the crops in the farms as it grows twice as fast as the planted crops. We are now reaping half what we reaped four years ago as well as being forced to buy stronger herbicides to kill the weeds and their roots, which in turn damages crops to severe extent,” regretted Gabriel Kipkemboi.

The farmers called on the County Government to send extension officers to advise them on what affordable herbicides were available to clear the weed, remarking that an urgent solution was needed.

Nyandarua’s Kenya Climate Smart Agriculture Project (KCSAP) Coordinator, John Wachira, indicated that climatic changes might be a factor influencing the survival of the weed in the region. He noted that the plant has a unique protein which caused high transpiration leading up to 100 percent crop loss.

“There is no specific answer to the question on the origin of the weed. We cannot tell whether it is manmade with the intention of extorting farmers by selling them a corresponding herbicide. We’ve also noted that the farm implements are major carriers of the weed and facilitate its transportation from one farm to the next,” he said.

“The weed produces up to 50,000 seeds and can remain dormant in the soil for over 10 years and resurface once the maize and wheat is planted. The affected crops hardly grow more than one foot tall,” he added.

He suggests that pulling out every weed, including the roots, could be way of totally eliminating the weed, although it would be difficult to do so in a large plantation.