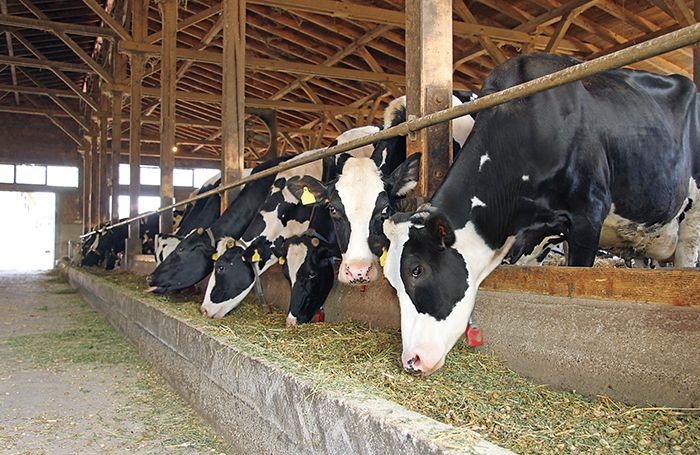 Ration is the allowance of feed given to an animal for a period of 24 hours, while a balanced ration is a ration which supplies all the essential nutrients to the animal in required proportion, form and quantity for 24 hours.

A balanced ration should provide essential nutrients such as protein, energy, minerals and vitamins from dry fodders, green fodders, concentrates and mineral supplements, in appropriate quantities to enable animals to perform optimally and remain healthy. For instance, proper amount and proportions of nutrients will improve your dairy cows’ general performance in terms of growth, maintenance, lactation or gestation.

How to formulate the right rations;

A systematic approach will help in ration balancing. First, determine the nutrient requirements of the animal being fed. This means determining the sex, size and production level of the animal.

The next step is to determine the feeds available for use. List their composition on a dry matter basis from a composition table or a chemical analysis. Now the amounts of the feeds necessary to balance the ration can be determined.

Desirable characteristics of a good ration

Types of rations based on purpose;

This is the minimum allowance of ration given to an animal for carrying out its essential body processes at optimum rate without gain or loss in body weight.

It is usually given to dry non-producing animals. It roughly satisfies the nutrient requirement for maintenance.

This is the allowance of ration given to a pregnant animal in addition to maintenance ration during the last quarter of pregnancy.

It is given to satisfy nutrient requirement of pregnant animals, for optimum foetal growth. It also helps in proper development of udder for future lactation.

This is the additional allowance of ration given to an animal over and above the maintenance ration for the purpose of production like milk, meat, wool and work.

It is given to meet the nutrient losses through milk. It helps to maintain milk production to optimum level.

To find out the Nutritional Requirements for Your Livestock, click Here