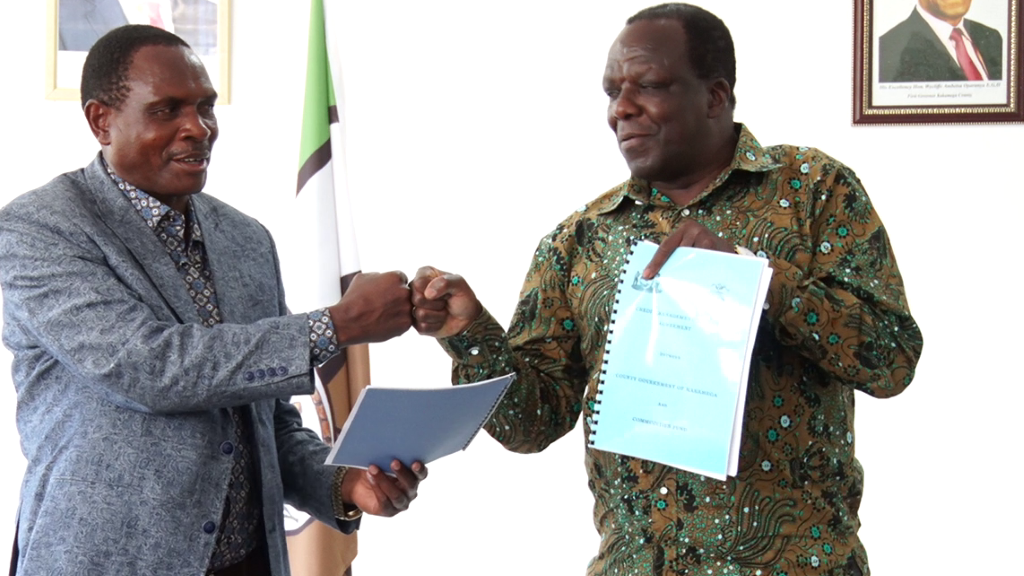 The Kakamega county government has signed a Memorandum of Understanding with the Commodities Fund (Kenya) for a loan of Sh.300 million to fund cane development.

The Fund’s chairman of board of trustees Samson Okioma said they are ready to partner with the county government to finance agricultural activities for the economic empowerment of the people.

Okioma said they have been lending money to public and private sugar millers and that the former have poor repaying record while the latter have been doing well.

Governor Wycliffe Oparanya said his administration is determined to revive the sugarcane sector which for a long time was the economic mainstay of the residents.

He added that the money would be released to the farmers for cane growing in preparation for the revival of the Mumias Sugar Company.

”Our intention is to develop adequate raw materials before embarking on rehabilitating the factory,” he stated.

He regretted that the collapse of the once vibrant miller has left the majority of the farmers poor as it was their source of income.

Oparanya noted that the counties would collaborate with the national government to ensure that the sugar task force report of last year is implemented.