Kakamega Farmer Decries Lack Of Market For Her Produce 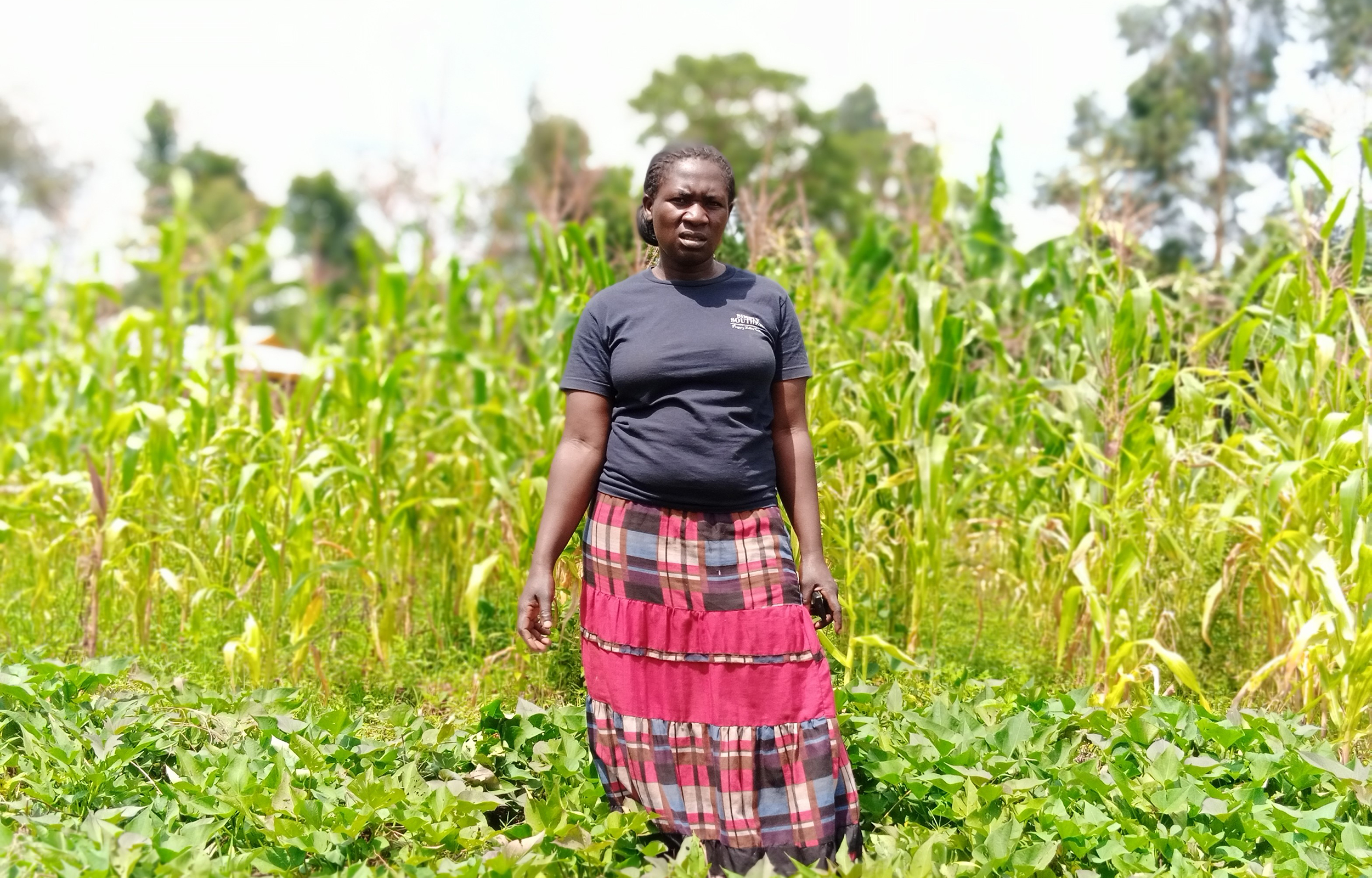 Senyende is a village located in Shinyalu Constituency, Kakamega County. The village is largely inhabited by the Luhya community who undertake farming as their main source of income. They are also renowned for their practice bullfighting as a cultural practice.

Cynthia Ukang’a is amongst the farmers in this village. While the majority of the farmers grow vegetables, maize and sugarcane as their main cash crop, Cynthia Ukang’a chose a different path. She grows sweet potatoes in her half-acre parcel of land.

Ukang’a, a mother of three, revealed that she chose to venture into sweet potatoes farming due to the increasing unavailability of ready market for sugar cane in the Western region. She notes that the cessation of Mumias Sugar Company, which is yet to be revamped, has affected many farmers in the region.

“Farmers are increasingly abandoning cultivation of sugar cane for sweet potatoes in our neighboring villages. No thanks to the poor management and debilitating debts in the State-owned Mumias Sugar Company in Western Kenya.” Said Ukang’a

Sweet potatoes are drought-tolerant perennial crops, generally grown on a small scale, mainly in subsistence farming. The root tuber is long and tapered with a smooth skin whose color ranges between red, purple, brown and white. Its flesh ranges from white through yellow, orange and purple. Within Senyenje village, it is consumed either boiled or roasted and can be eaten alone or accompanied with other foods such as milk, porridge, soups or grains.

According to Ukang’a, cultivation of sweet potatoes is more economically viable as it is relatively cheaper to produce. It does not require much labour or use of fertilizer. The rural poor communities can therefore grow it with ease.

However, it is still not all rosy for her. She noted that there is still unavailability ready market in the region. She decries that the recent past has seen more and more farmers venturing into sweet potato farming and now a bag which used to cost Kshs 3,500, goes at only Kshs 1,200 in Kakamega town.

“Sweet Potato farming is seasonal; the crops take eight months to mature.  A bag of potato now goes at Kshs 1,200. I used to sell more but when the majority of us harvest, we ran out of market.” said Ukang’a.

Ukang’a further revealed that most of the time her farm is infested with moles, which destroy her produce thus she ends up harvesting fewer bags than expected. She has called on the County Government to intervene in a bid to control the moles, not only her farm but also the entire Senyende village.

“Heavy rainfall and moles destroys my produce; on a good season, I harvest up to 40 bags, but due to these infestations and rainfall, I have been harvesting less than expected. There is also no proper road to transport my harvest to the market. The government should intervene and provide a market for us small-scale farmers.” decried Ukang’a.