Kakamega Fish Factory To Be Commissioned This Month 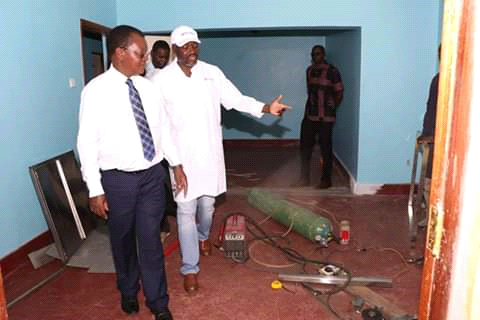 Kakamega Deputy Governor Prof. Philip Kutima has said the fish processing factory, funded by the National Government at a cost of Sh58 million, would start operating at the end of this month.

Prof Kutima, who doubles up as the Agriculture, Livestock and Fisheries Development Executive, stated that the plant now under the County government, would provide market for fish farmers in the county and the region.

Speaking on Tuesday while inspecting the ongoing works at the facility in Kakamega town, Prof. Kutima said the County Government has partnered with the Das Group to operationalize the project.

The county government has spent Sh5 million to purchase fish feeds which will be sold to farmers at a subsidized price to boost production, he said.

He called on the Kakamega Fish Farmers Cooperative Society to step up the efforts of recruiting more farmers to their cooperative so as to ensure adequate supply of fish to the facility which he said could process five tons of fish daily.