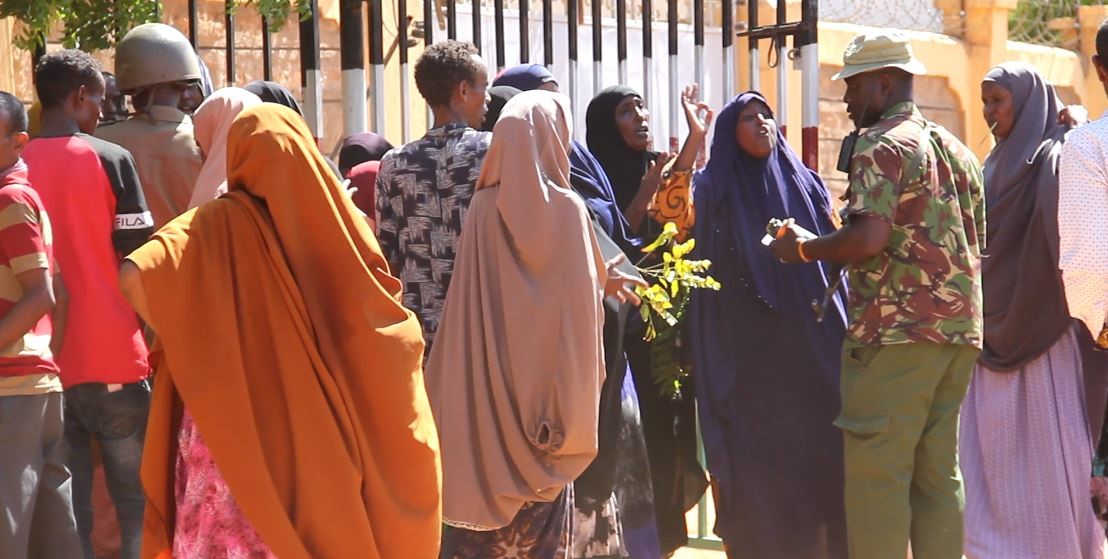 One person was injured on Sunday morning as Mandera miraa (khat) traders engaged police in running battles over the ban of miraa in the region.

The traders said the crop is an important economic activity and the ban was affecting livelihoods in the region.

Amina Gedi a miraa trader asked the county government to rescind its decision on miraa ban as traders were not consulted by the Ali Roba administration.

Amina said traders were exercising high hygiene standards by sanitizing their hands before handling the commodity.

“The county government has left us with no business without considering the plight of many residents who depend on khat to eke a livelihood,” said Amina.

The ban has been effected in Garissa, Wajir and Mandera with Bula Hawa in Somalia also banning the sale of the twig.

North Eastern counties have banned miraa sale in the region to curb corona virus infection. The government has asked citizens to take a personal responsibility in curbing the corona pandemic.