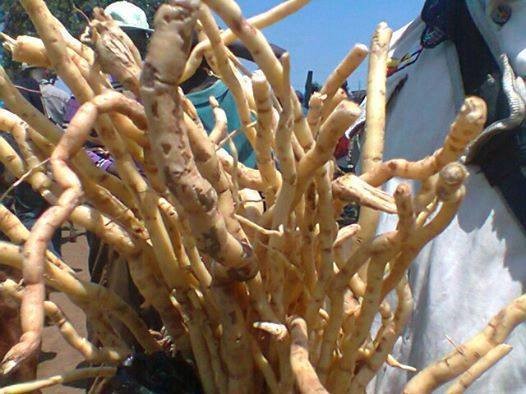 If you live in Nairobi, you have most likely seen hawkers in the streets selling ‘Mukombero’ alias Mondia Whitei, or White’s ginger. A root believed to have traditional remedy for those seeking to boost their appetite. In Kakamega County where I come from, you will be amazed by the number of hawkers peddling this popular herb. Our neighbours in Uganda knows it as Mulondo.

The plant is also said to have medicinal value. Other people have a preconceived opinion that the herb has an aphrodisiac thus acts as a sexual enhancer. However, researchers say that the plant makes the body relax. It also opens up the veins to function well, hence making men lively in bed.

For Alfred Mukhwana, a Mukombero farmer in Kakamega County, the wild vine plant is a venture he intends to reap millions out of.  Mukhwana, 67, has huge expectations of minting millions out of his 2-acre land. He informs us that Man Fields Company from France signed a deal with the farmers’ umbrella group, Kakamega Natural Forest Catchment Conservation Organisation (KANFCCO) to export 100 tonnes of the roots abroad.

“Man Fields Company signed a deal with KANFCCO in 2019 to supply the French firm with Mukombero every year. However, we find it difficult to meet the demand since we are a few of us who practice farming of this particular produce,” said Mukhwana

KANFCCO treasurer Daniel Muchesia informs us that farmers have been recruited and supplied with seedlings at an affordable price in order to meet the demand of the French company. He is very optimistic next year; the organisation will be able to venture into the European market. He revealed that Mukombero is in demand in Europe where most companies are using the roots to manufacture fragrances.

Mukombero root has a fruity smell and a sweet taste. It has a huge market in Nyanza, Busia, Bungoma, Vihiga, Trans Nzoia and Uasin Gishu. The vine was initially growing naturally in the Kakamega Tropical rainforest. However, there was concern over the extinction of the root following the high demand for the crop. Communities encroaching the forest depleted the plant after realizing its’ benefits.

Researchers and herbalists tend to believe that the root is a good energizer and increases milk production in lactating mothers and animals. It also enhances memory and relieve stress.

Mukhwana revealed that Mukombero hawkers in the Western and Nyanza region sell a kilo at Kshs 150 on average, therefore, making up to Kshs 30,000 per month depending on their acreage under the herb.

According to recent research conducted by the International Centre for Insect Physiology and Ecology (ICIPE), Mukombero takes at least two to three years from planting to harvesting and thereafter, a continuous 15 years of harvest. 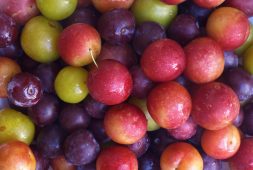