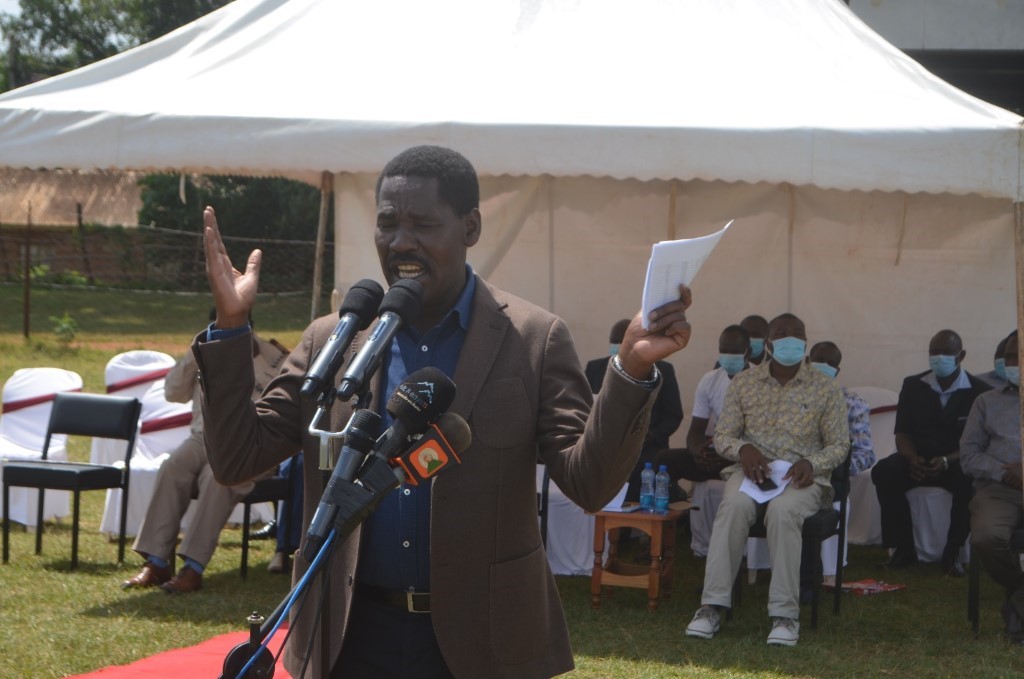 Agriculture CS Peter Munya has threatened to disband coffee management committees for refusing to accredit their members for the Cherry Advance Revolving Fund, in which the government provided Sh3 billion that is yet to benefit farmers.

Munya said he was aware that most of the coffee management committee were resisting the Cherry Fund so as to continue exploiting the farmers by going for loans with higher interest rates.

“A farmer is only charged 3% of the money loaned which is calculated at Sh20 per every kilo delivered or up to 40% of the total coffee delivered,” he told farmers.

The CS said he had already instructed the commissioner of cooperatives to follow up on the matter and take appropriate action on errant committees which have continued to frustrate their members.

“Requisite forms have already been distributed to the farmers to capture their details, which should then be returned back to the New KPCU that is in charge of disbursement of the Cheery Fund,” said Munya.

At the same time, he said societies have been modernized with digital facilities to enable networking between the new KPCU, the society and the beneficiary farmers.

He noted that through the use of ICT, farmers will be able to use their mobile phones to access the cherry advanced fund.

On the coffee bill, which seeks to introduce far reaching reforms in the sector, Munya said the transformation is meant to boost farmer’s earnings.

The CS added that when he was transferred to the Ministry of Agriculture, President Uhuru Kenyatta ordered him to come up with strategies that would improve earnings of small scale farmers.

“Time to oppress the coffee farmers has come to an end, we are introducing reforms that will revitalize the sector for good,” he reiterated.

The CS said the Bill seeks to bring back the Coffee Board of Kenya which will be able to deal with issues pertaining to coffee farmers alone.

Also to be reintroduced by the bill, which Munya said he has already signed and handed over to the national assembly, will be the Coffee Research Foundation to undertake research.

He explained that coffee marketers and millers will now be required to have only one license which has been lowered from the previous 2.5% taxation rate to just 1%.

“Giving of loans to the societies by the millers and coffee marketers is now illegal, those who have been engaging in that kind of business will now have to cease,” he said.

“Direct sale of coffee has also been enhanced but the buyer must first establish the reserve price at the auction center to guide on the sale,” Munya told the cheering farmers attending a public participation forum at General Kassam stadium in Kirinyaga East sub county on Friday.

He noted that the Bill has also introduced a direct settlement system where money will now be deposited directly to the farmers account.

At the same time, the cost to run the factory has been set at 5%, with farmers required to approve any extra funding, which must be approved by the commissioner of cooperatives and the cabinet secretary.

The bill, Munya added, has also proposed to introduce a stabilization fund which will be used to support coffee famers when the crop prices are not good.

He said members of the management committee will from now go for two three year terms and give room for others to serve the members.

The area member of parliament Githinji Gichimu who also attended the public participation meeting at General Kassam stadium in Kianyaga Kirinyaga East said he will go to the ground to sensitize the farmers on the importance of supporting the proposed bill.

He said the bottom line is to improve the livelihood of the coffee farmers.

Area county commissioner Jim Njoka said the factory management committee will be held responsible for coffee theft in any of their societies.