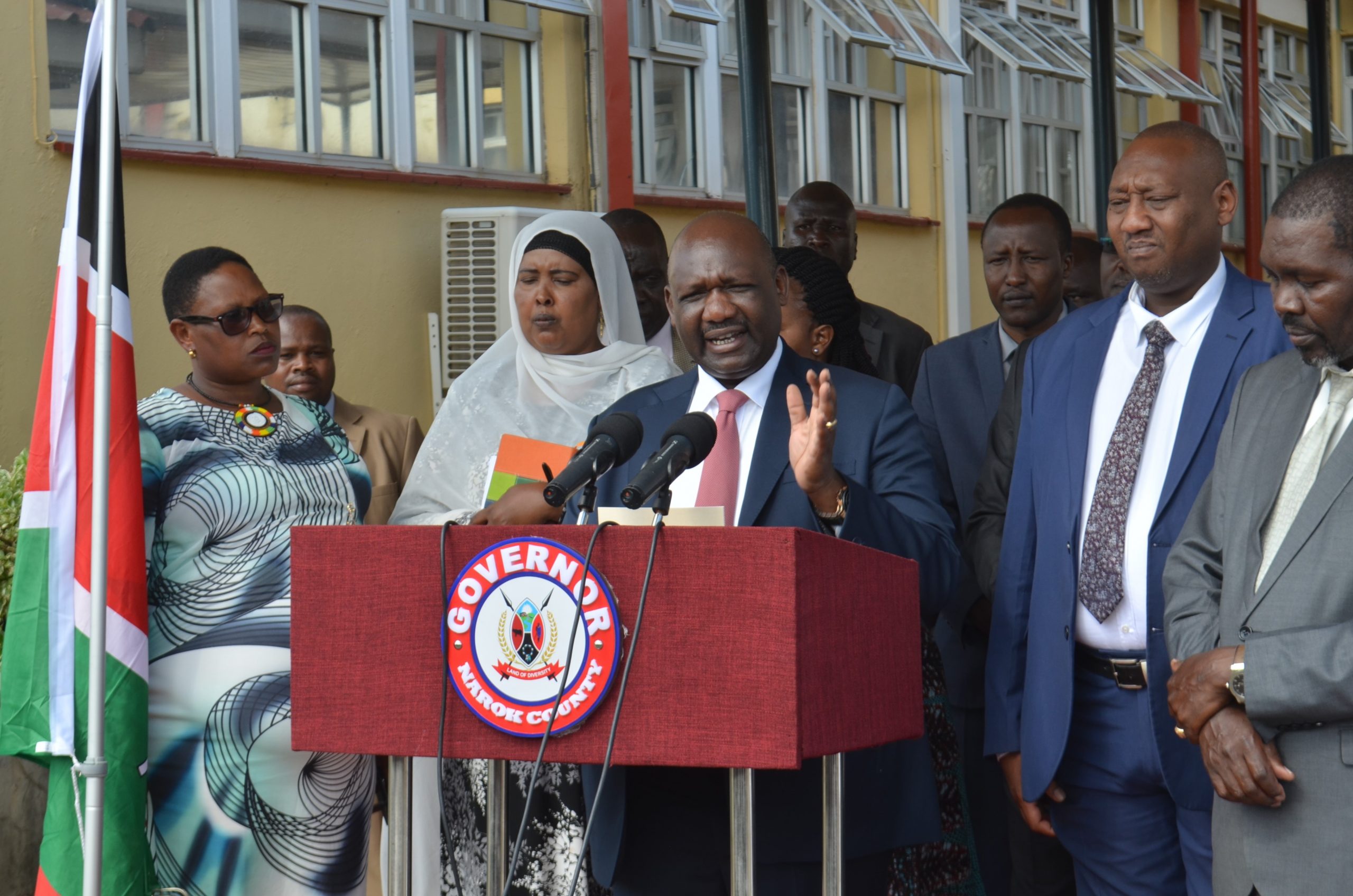 Farmers in Narok County have been served with a major blow after the County Government banned all open-air markets in a bid to control a possible outbreak of Covid-19 in the County.

Narok County boss Samuel Tunai said that his administration is aware residents depend on the market to sell their farm produce and livestock and as well as buy foodstuff but asserted the measure is meant to control a possibility of the deadly virus that has shuddered the country and the world.

“I know Narok is a hub of livestock trade as people come from all over the country to buy livestock. This is why we want the markets to remain closed because we are not sure of the health status of the traders,” ordered Tunai.

At the same time, Governor Tunai asked all county workers to stay home and work from their respective homes in an effort to keep the one-metre social distance, a directive by the National Government.

However, the Governor noted that departments such as health, treasury, environment, water and sub county administrative offices will remain open, as they are crucial in fighting the disease.

“We want people to avoid all forms of gathering including attending burials, going to church or attending any kind of rallies so that we can be safe from contracting this dangerous disease,” he said.

At the same time, Governor Tunai said 25 health workers are being trained at the Narok County Referral Hospital who will be distributed to all parts of the county to help in identifying a possible coronavirus patient.

“We thank God that no suspected or confirmed case of coronavirus has been reported in the county. We have established a hotline number 0700320773 that people are free to call for inquires or suspected cases. So far we have received over 90 calls,” said Governor Tunai. Tunai said that the monitoring committee, which he personally chairs, will continue holding weekly meetings and will regularly update the media to ensure the society is was informe