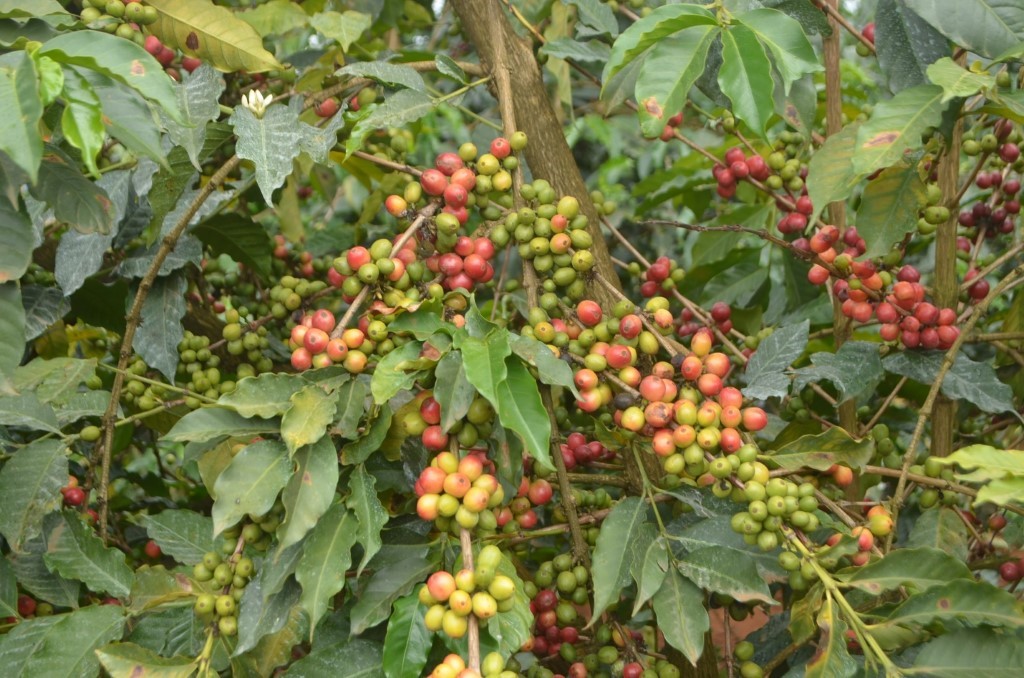 In the recent past, farmers have been complaining of huge losses following an outbreak of coffee diseases which has greatly affected the upper mountainous side of the county.

A farmer from Getuya area Samuel Wachira Muchiri said he ventured into organic farming after realizing the coffee trees were more resistant to disease as compared to the traditional method where one is required to use chemicals to sustain the plant.

He said he has since managed to control the pests by use of traps where he pours wine to attract the harmful insects into the bottle traps.

“I have completely moved from the use of chemicals including fertilizer which I supplement by the use of goat manure.”

Wachira said a group of farmers who emulated his practice and embraced the organic farming have a good crop which has not been affected by the diseases.

“Their crops were able to withstand the cold weather being experienced in the area since February this year,” he explained.

Wachira who has attended a coffee management course at Ruiru, said he previously worked as a stock broker before he ventured into coffee farming.

The benefits of organic farming are many with higher returns from the coffee grown organically as compared to the old-style of husbandry.

He said ordinarily cultivated coffee is fetching between Sh70 to Sh80 per kilo as compared to Sh150 to Sh250 per kilo of organic coffee.

Muchiri said he has already gotten a market and has put up a small pulping machine which will help him clean his own coffee for marketing abroad.

He said the buyer is arranging to send an advance team to visit his farm and investigate whether he has met the required conditions of a clean environment.