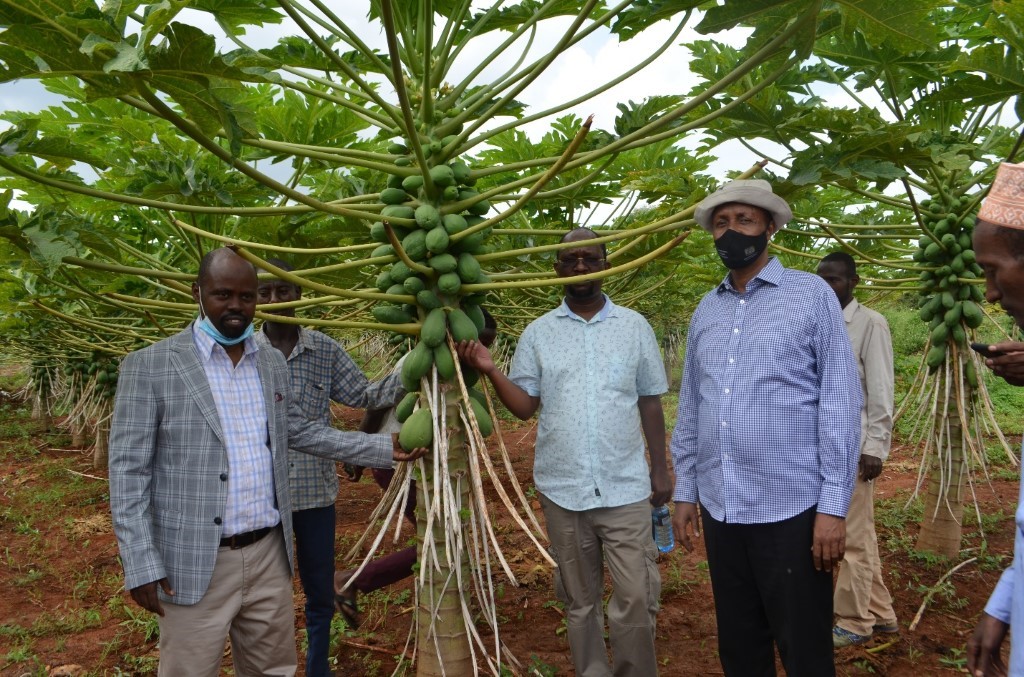 Mr. Bahari said the traditional system involved keeping large numbers of livestock that mostly depleted the pastures in the range lands and sometimes led to conflicts among the pastoralists over the scarce resources like water and fodder.

He advised residents to invest in a lesser number of improved cattle breeds as they would give them better returns due to their output in terms of milk and meat.

He was on official tour to inspect the under construction feeder canals at Rapsu Irrigation Scheme which provides water to 179 farms and funded by National Drought Management Authority (NDMA) totaling 1.83 km. He said the government would fund the remaining 1.2 kilometers.

The CAS who was accompanied by area MPs Abdi Koropu (Isiolo South) Hassan Odha (Isiolo North) said that the National Irrigation Authority will soon put up a modern dam to irrigate more than 300 farms at Rapsu, Korbesa and Rapsu Dika areas adding the project would create more jobs.

Speaking at the same occasion, Koropu said that a police station would soon be put up at Eldera, the proposed Division headquarters with view to reducing cases of frequent attacks and counter attacks among herders from the neighbouring counties.

Koropu added that a Rapid Deployment Unit (RDU) would also be put up at Korbesa and urged residents who had recently fled to Rapsu to return home saying calm had been fully restored through efforts by local leadership and elders.

He added that a lasting solution was being sought to amicably sort out the longstanding border dispute between Isiolo and Garissa counties and urged the pastoralist communities to respect the ‘Modogashe declaration’ and Nanyuki accord 1,2 and 3 to prevent frequent clashes that often lead to loss of innocent lives.

The Isiolo North MP also asked area residents to end conflicts by adhering to laid down regulations over grazing areas and fully sticking to the Modogashe declaration in case of a dispute.

Odha further advised the residents to stop attacking their leaders in public but instead use traditional method of involving the council of elders.