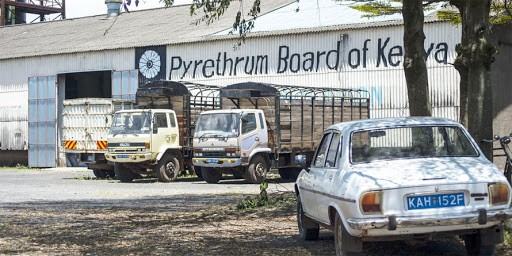 Pyrethrum growing counties have been urged to supply farmers with seedlings, since this was an opportune time to plant the much-needed flower.

Speaking in Nakuru town, the Chairman of Farmers’ Association in South Rift Justus Monda noted that this is an ideal time to increase the acreage of the cash crop in a bid to produce natural insecticides and pesticides in the Country.

He said in the 1990s, pyrethrum used to earn the country Sh20 billion annually but a majority of farmers uprooted the crop due to poor earnings and unpaid dues by the Pyrethrum Board. The amount has since reduced to a mere Sh15 million per year.

The Chairman however says that former pyrethrum farmers are interested in venturing in the same cash crop since all the other endeavors they have tried such as dairy, maize and Irish potatoes has never earned them as much as pyrethrum did.

Monda said a number of Chinese companies were ready to contract farmers to grow the flowers for their factories but they lacked seedlings.

He urged County Governments in the former pyrethrum growing areas to hasten the supplying of seedlings before the rains dwindled, saying this will revive the economy during a serious pandemic.

He added that in the aftermath of the coronavirus pandemic, there will be need for strategic thinkers to salvage the country from imminent economic collapse, and pyrethrum has the potential to be a key player in reviving the economy.