Second wave of Locust Invasion Projected to hit the Country 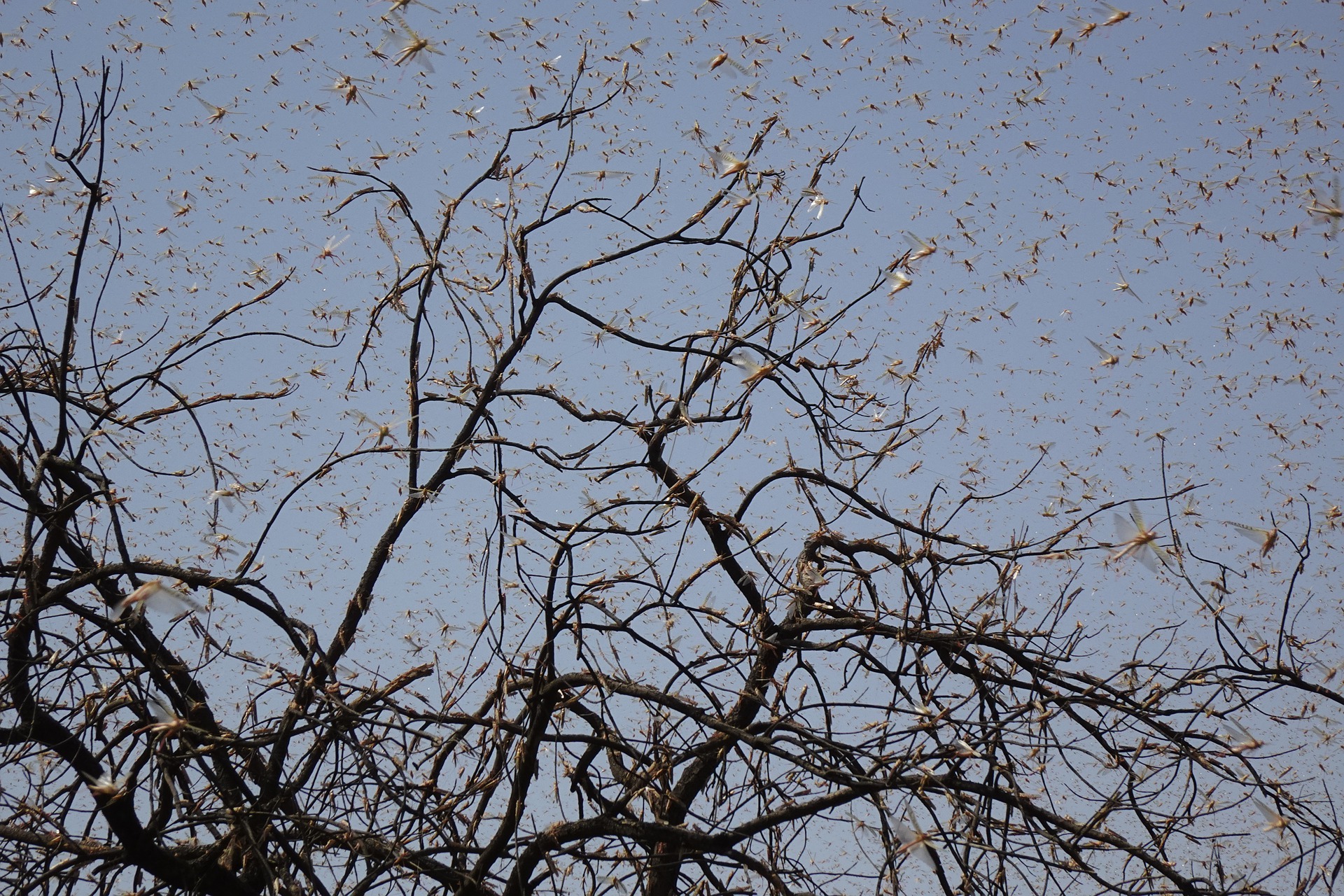 The government has set aside Sh. 3.2B to deal with the desert locust invasion in the country.

While speaking in Naivasha during a consultative meeting, the Agriculture Cabinet Secretary (CS) Peter Munya said the government managed to contain the first wave which was first reported in December 2019 although there were few remnants in four counties.

The government, which is working in conjunction with Food and Agriculture Organisation (FAO) has noted that counties bordering Somalia could be greatly affected in case of a second wave.

“Our projections are that the country will be hit by a second wave of desert locust invasion by mid-December and we have put in place measures to contain them,” Munyasaid.

He added that the ministry had activated all their bases in Wajir and sent more NYS personnel to conduct ground and aerial spray using 216,000 litres of pesticide.

The CS assured farmers that there was nothing to worry about as the first invasion had prepared the government to deal with the pest.

Munya in his address also noted that the outbreak of COVID-19 pandemic early in the year had affected measures to contain the deadly pest with some counties yet to fully recover.

While thanking FAO for the continued support, Munya said that the fight against the pest would be won if all the neighboring countries worked as one team.

“We now have the experience, capacity and enough pesticides to deal with the second wave if it hits us,” he said.

FAO Country Representative Carla Mucavi said that there was a plan of action and funds available to deal with the second wave with the locusts already spotted in Somali.

She added that FAO is committed to supporting the fight against the destructive pest to ensure the country’s food Security.

The locusts arrived in Kenya earlier this year where it is estimated that they destroyed 30 per cent of fertile land.