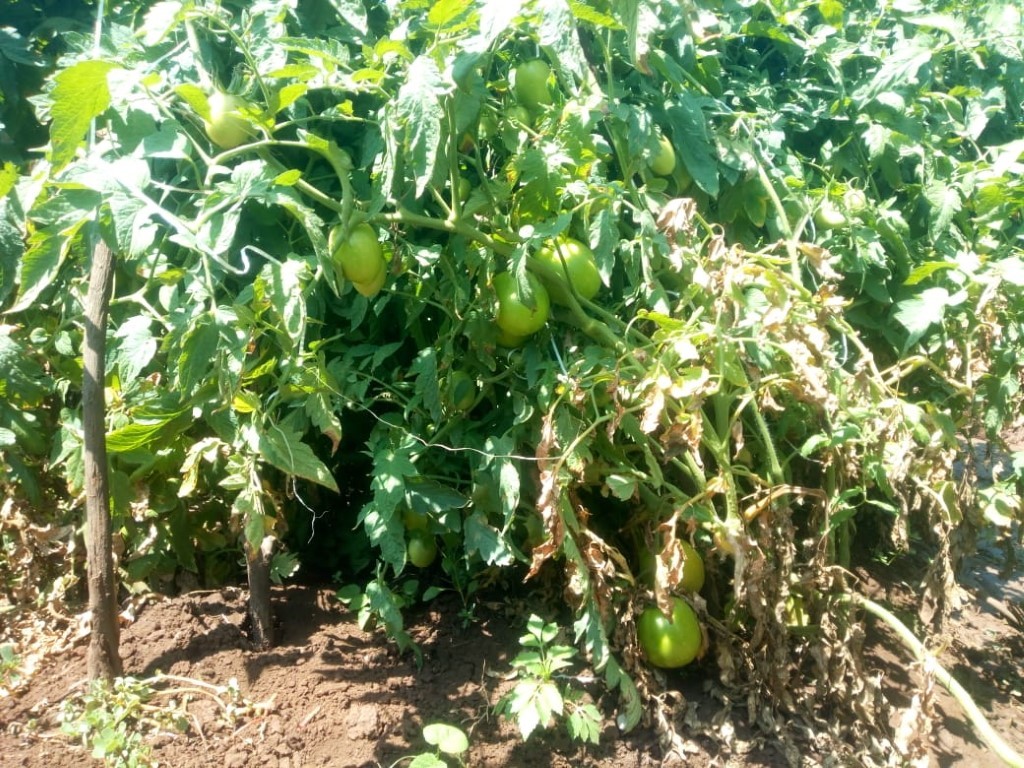 Tomato farmers in Rombo, Kajiado South have decried the high cost of fertilizers and pesticides.

The farmers have been forced to buy fertilizers from the neighboring Tanzania as those sold in Kenya are very expensive and largely ineffective resulting in decreased yields.

They urged the government to reduce the taxes imposed on agro-chemicals as it has resulted in the high cost of the fertilizers and pesticides thus discouraging farmers from engaging in tomato farming.

Joseph Karamu, a farmer from Nyaru area in Rombo, said unscrupulous businessmen had taken advantage of the situation and were selling them sub-standard fertilizers at a lower cost resulting in low yields.

“Tomato farming has become very expensive, prices of fertilizers and pesticides are high here because of the tax imposed on agro-chemicals. We are forced to buy from Tanzania because the ones sold at a cheaper price are fake,” he said.

Karamu said tomato farmers have suffered for years and barely make any profit despite putting in a lot of effort and money so as to get a bumper harvest.

Magdalene Saruni, a tomato and onion farmer from Ilasit, reiterated Karamu’s remarks and urged the government to come to their aid by reducing taxes on agro-chemicals and supplying them with quality fertilizers at a subsidized cost.

Saruni noted that another challenge farmers in the area face is exploitation by middlemen who buy their produce cheaply, causing them to incur millions of shillings in losses every harvest season.

The farmer revealed that brokers and some traders collude to keep the prices of the tomatoes low at the farms only to repackage and sell them at higher prices.

She said apart from farmers being exploited by middlemen, the county government is also denied revenue.

Saruni called on the county government to pass a by-law regulating the packaging of tomatoes and onions and enforce it to deter brokers from buying them from the farms in large quantities and repackaging them.

Saunyi Mameta, another farmer, urged the county government to build a cooling plant for storage and preservation of their produce to prevent them from going to waste.

Mameta said tomatoes often rot in their farms due to inadequate market and heavy rains making them incur losses as they sell at throw away prices.

He added that a tomato sauce production unit if installed in the area would also cushion the farmers from incurring losses.

“A tomato sauce production unit will save us the ordeal of counting losses every harvest season. Tomatoes are perishable and when they are flooded in the market, we are forced to sell them at throw-away prices,” said Mameta.

He further called on the national government to repair the Rombo- Ilasit-Njukini road adding that the road is impassable during the rainy season making it hard to transport produce from the farms to the market.