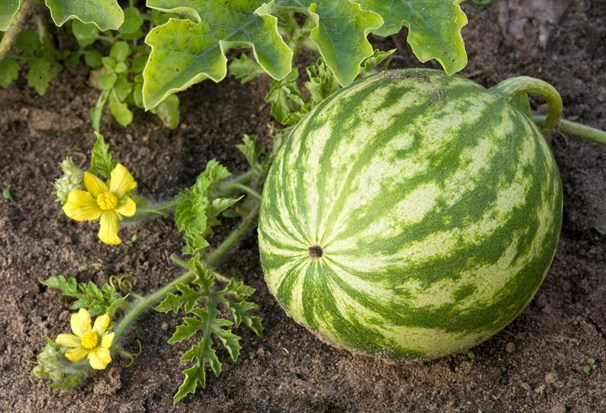 My journey to happiness through watermelon farming when I travelled to Kitui. Not for any ritual purposes, but to get some ‘Kilimo’ insights from my friend Jared Kyalo, a 36 years old farmer who is minting millions through melon farming.

After my visit to Kyalo’s farm, I was inspired and resolved to undertake my comprehensive research before I tap into this multimillion venture. The result was what I refer to as gargantuan.

It has been around a year since Covid-19 was declared in Kenya. The pandemic has had its fair share of distraction and destruction. A significant number of Kenyans have lost their jobs, a big number of companies have closed down and others are struggling with huge debts as they try to recover from the pandemic.

I was among the Kenyans affected by Covid-19. The company I was working for took a long time to realign and re-strategize on a recovery path from this pandemic. Therefore, I had plenty of time to research watermelon farming. I had serious cash-flow issues and this served as my motivation to want to know more so that when I started, I would be the best in the industry. I wanted to make money since Kyalo had already proved to me that agribusiness is the future.

As I continued with my research on watermelon, I would sometimes call Kyalo, who was always very patient with me as he shed clarity on one issue or the other, I was surprised to find some facts about watermelon farming that had never crossed my mind previously. One of the first things I discovered was that there is very minimal research that has ever been conducted on the breeding and production of watermelons in Kenya and Africa at large.

As I lay on my bed starring at the ceiling board, I wondered why watermelon farming which has the potential to be one of the biggest commercial crops in Kenya and the whole of Africa, lacks improved varieties and has abject production systems. Additionally, it lacks harvest and post-harvest preservation technologies. Factors that hamper large-scale production by farmers like Kyalo and me.

These straight but weighty matters did not give me peace of mind, I believed that for melon farming to realize its true potential in Kenya, there is a dire need to research on better production and breeding technologies. However, like the Kenyan that I am, I comforted myself like……. “If Kyalo could generate millions from Watermelon without harvest and post-harvest preservation technologies then nothing will stop me either.”

I further discovered that there are only two types of watermelons grown in the continent of Africa. The Desert type and the Seed type. This was important information to me because I wanted to know which type I would be interested in farming.

Desert watermelons are grown worldwide. They tend to have a characteristic sweet taste and have low-calories. They are mostly used in salads and juices. My personal preference is fruit salads which was introduced to me by my mother when I was much younger. Back then, she would bring fruit salad every evening when she came home from work and it always had watermelons. She would then instruct me to eat after dinner but being the cheeky boy I was, I would sneak and eat it as soon as she left the kitchen. What would follow thereafter was a game of musical chairs, only that the chairs would be replaced by a slipper and the music would be my wailing and she hit my behind.

The seed-type watermelons, however, are mostly grown in Central and West Africa. They are mostly used to extract oil or make Nigerian Ogbono and egusi soup, snacks, and flour.

During my research, I also noted that in Africa, Algeria is the leading producer of the fruit followed by Egypt while China leads in the exportation of the same worldwide. This revelation made me wonder why Kenya is not among the top producers of watermelons. At this point, I was looking at an opportunity. I could visualize an international market since watermelon consumption is in high demand due to its nutritional profile and allied health benefits.

The information I was getting from my research continued to give me hope and inspiration by revealing evidence that this agribusiness venture is yet to be fully exploited. This put a smile on my face. I was beginning to feel that happiness Kyalo was describing.

I also discovered that open-pollinated or heirloom seeds are often more resilient and that they grow the healthiest watermelons and produce better fruit unlike the hybrid varieties, we often see in store-bought melons.

I was surprised to discover that watermelons should not be transported in closed trucks or stored with ethylene-producing fruits or vegetables like bananas, peaches, tomatoes, or cantaloupe. Ethylene is a colourless gas regarded as a natural aging or ripening hormone. When exposed to your melon, the fruit breaks down internally, the flesh becomes water-soaked and soft thus causes the melon to lose its sweetness and flavour.

The more I read, the more I discovered new information, with every new page. I felt like I was ready to start farming immediately, but deep inside, I was afraid to make mistakes. This was a project that would change my life. I could not afford to allow any errors. I needed to be the best.

Finally, I left my room, for a breath of fresh air. I was smiling while I gazed at my 2-acre piece of land that was fallow just waiting for my touch of knowledge. Information is power, I was now empowered and ready for a life that will never be the same again.

The journey of my multimillion venture continues in part 3 of this series…..