Your Property is Safe, Farmers Assured 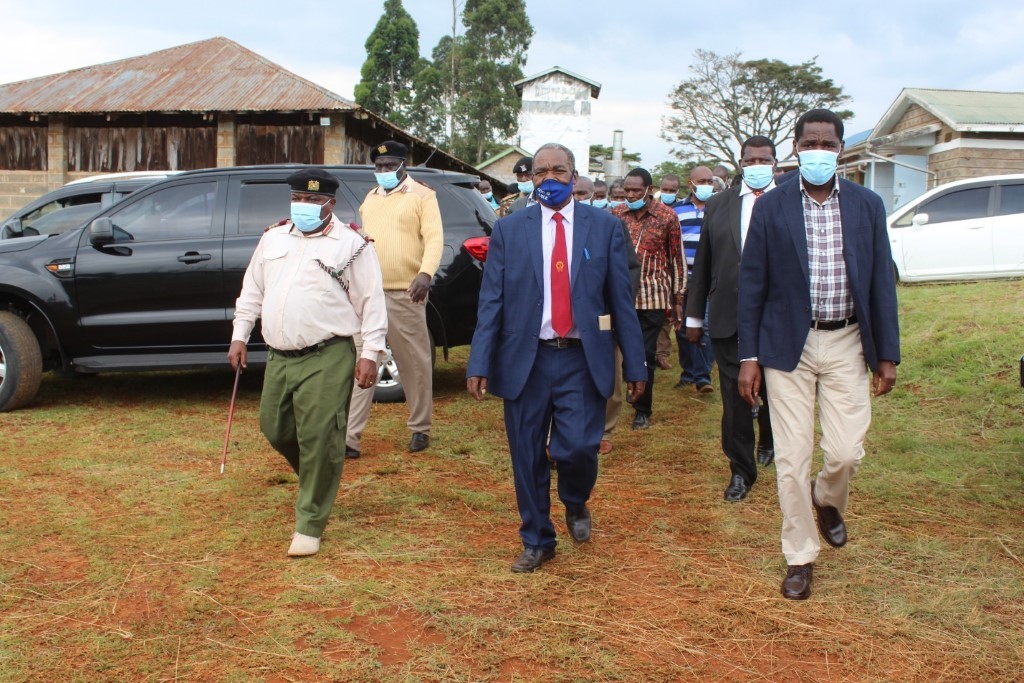 Coffee farmers affiliated to Rumukia Farmers’ Cooperative Society in Mukurweini Sub County, Nyeri County, got a reprieve after Agriculture Cabinet Secretary Peter Munya assured them that their property would not be auctioned following nonpayment of a loan.

Mr. Munya directed that the officials who secured the loan using the society property should be held to account, be arrested and prosecuted.

He told the financial institution to consider the loan as a bad debt, adding that farmers should not be burdened by misdeeds of unscrupulous individuals.

The CS was speaking in Mukurweini town during a public participation meeting with coffee farmers on the proposed Coffee Bill 2020 that aims at restoring the crop to its former glory and ensure farmers reaped optimal returns.

Munya addressed the farmers after holding another meeting with farmers affiliated to Othaya Coffee Cooperative Society in Othaya Sub County.

Several years back, former officials of the once giant Rumukia Coffee Farmers’ Cooperative Society secured a loan amounting to Sh. 60 million using the society’s properties that the society was unable to repay.

Today, the loan has accrued interest amounting to about Sh. 100 million prompting the financial institution mid last year to try and auction the society’s properties.

However, Nyeri Governor Mutahi Kahiga intervened and tried to bring together current officials of the society and Taifa Sacco management to find an amicable solution on how the loan could be repaid without the auctioneer’s hammer.

One of the proposals contained in the proposed Coffee Bill 2020 outlaws use of a society’s property to secure loans from financial institutions as a Security.

While addressing farmers of Othaya cooperative society, the CS warned them against electing people of questionable character into office whether in the social, economic or political spheres.

He said that the government under the leadership of President Uhuru Kenyatta is committed to reinvigorating the agricultural sector for the wellbeing of the economy and farmers’ lives.

Munya disclosed that he had taken the Coffee Bill 2020 draft to the Attorney General and would soon be gazetted and taken to the National Assembly Committee on Agriculture for scrutiny and further public engagement.

The farmers unanimously supported the proposals contained in the draft bill with the chair of Othaya coffee farmers’ cooperative society Mr. Gathua Nderitu recommending that players in the Nairobi Coffee Exchange should be vetted to ensure that there is no conflict of interest.