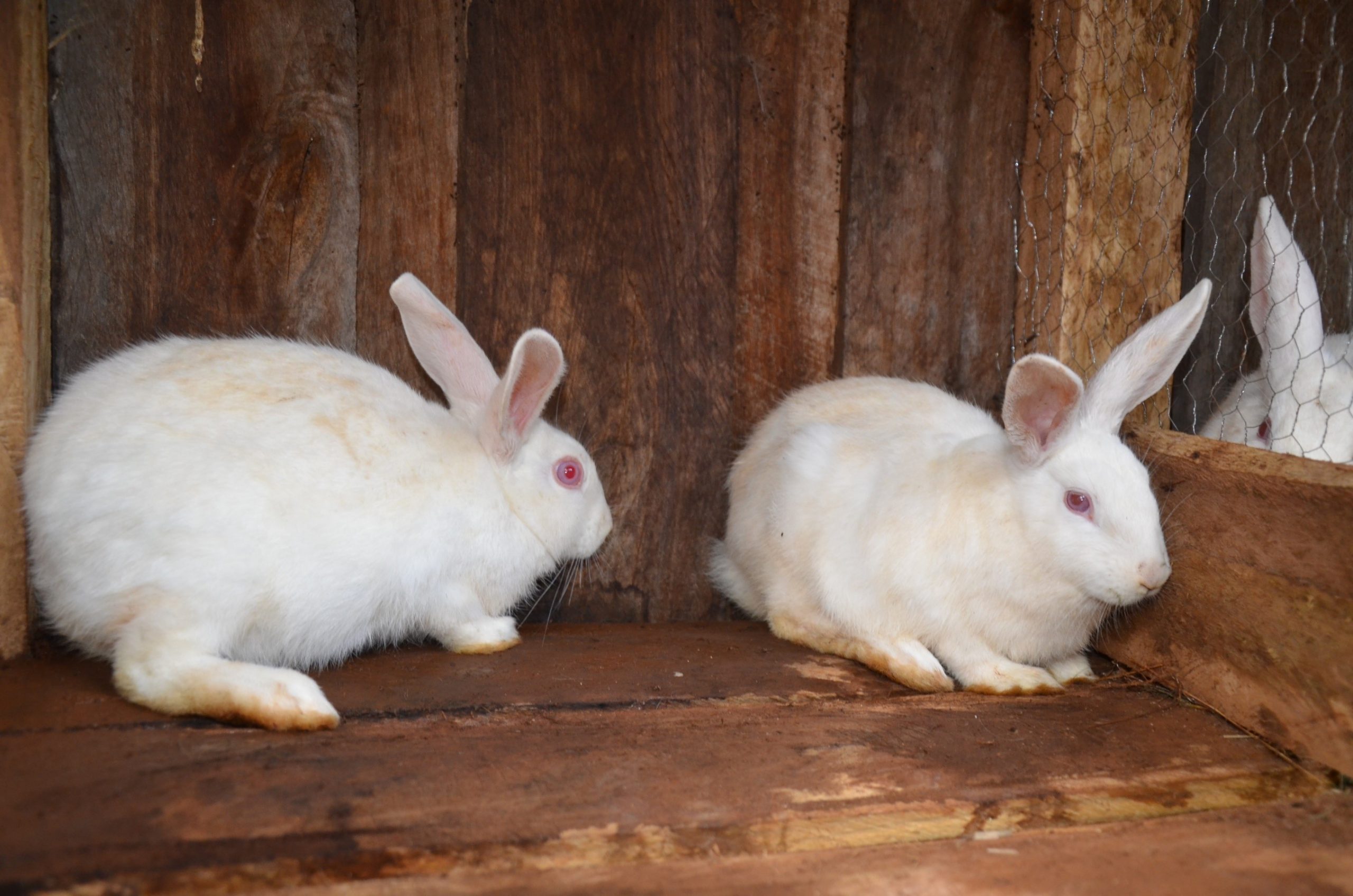 Rabbit keeping was initially perceived as an activity for young boys. This perception is however vanishing, with more people delving into rabbit farming, and finding it a worthy venture.

Stephen Njoroge Ngunju, is a final year student, at Chuka University pursuing Catering. He spends his time when he is out of class to tend to his rabbits; which he keeps at his home in Leshau Village, Nyandarua County.

Njoroge is taking on rabbit rearing to improve the health of Nyandarua people; who for many years have become over dependent on Irish potatoes and cabbages for meals.

The rabbit’s white meat, is healthier than other meats, contains more protein and is less in fat than beef, turkey, pork and even chicken.

The varsity student aims to introduce rabbit meat to families who have suffered stunted growth and lifestyle diseases such as heart disease and other related ailments in the area.

During this interview, he goes about cleaning his rabbits’ hutches, careful to provide them a clean and conducive environment for breeding, fattening and excreting.

Njoroge explains that he ventured into rabbit farming, not just for meat but also for its urine.

He says rabbit urine could be the much-needed solution to the agriculturally rich county; that depends on pesticides and has for years been blamed for feeding the country on vegetables and fruits that have high concentrates of herbicides and pesticides.

“The urine comes in handy in making pesticides, with locals are embracing for pest control on their farms”. He added.

According to Njoroge, one rabbit produces an average of 350ml of urine daily. A litre of rabbit urine goes for Sh.300.

Farmers dilute a litre of rabbit urine with five litres of water and apply it to crops such as beans, cabbages, kales, and fruit trees to keep away pests, including whiteflies and other predators, like wild rabbits, that are a nuisance on their farms.

A few Kilometres from Njoroge’s home, we meet Jason Kareithi Mungania. He celebrates rabbit farming as a relief owing to the minimum cost of production. “I have engaged in poultry, livestock and now rabbit farming. Rabbit farming is not labor-intensive and I don’t have to worry about diseases”. He noted.

“Rabbits are fed only twice a day. I ensure the weeds and kales I feed my rabbits are well selected and allowed to settle overnight before feeding the rabbits the following morning.  Maize jam is good as it makes them thirsty enough to demand water, for urine production,” adds Kareithi.

Another local farmer, Joseph Mwangi, 17, has every reason to smile. His started rearing rabbits when school was halted as a result of COVID- 19 pandemic; and the activity has kept him afloat.

“I now have more than 20 rabbits from the two I bought in March. I sell them at between Shs.300 and Shs.700 depending on the size and breed. I am always busy at home, either looking for feeds, constructing new nests or just watching them feed while I rest.” Said the form three student.

Increasingly, fewer young people in Kenya are willing to venture into agriculture. However, these young farmers are keen to expand their rabbit farming. A rabbit, they tell us, matures in four months when the doe is ready for mating and the buck fat enough for slaughter.

The rabbits’ gestation period is 32 days before it kindles between 6 and 12 bunnies that mature in another four months. Experts recommend that each rabbit that gives birth should be kept in a cage with its bunnies and once the bunnies mature, they are separated and kept in their own cages. It is also advisable to build several cages for rabbits to prevent inbreeding, for it reduces production.

“Rabbit business is profitable, what we lack are extension services that our potatoes and dairy counterparts receive from the county government. This will give us more knowledge on rabbits and help us organize ourselves for value addition,” Mungania explains, regretting that many farmers opt out for lack of knowledge on rabbit farming.

“The county has stunted growth amongst its population as a result of protein deficiency and over-reliance on carbohydrates. Rabbit meat, coupled with pork that we are promoting among our families is the solution to provide our children and general population the much needed balanced diet.” He added.

He urges the residents to also rear poultry for eggs and meat, noting that the any form of farming should be done as a business.